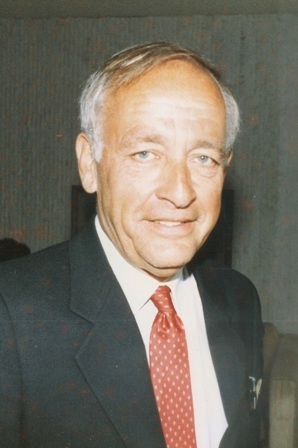 Charles T. "Ted" Fisch passed away May 15th in Torrance, California, following complications from a fall and hip surgery. He had been in declining health for several years. Ted was born on November 12, 1934, in Rock Rapids, Iowa, to Dr. Gerald M. Fisch and Anne Dougherty Fisch. Ted graduated from Rock Rapids High School in1952 and four years later graduated from St. Thomas University in St. Paul, Minnesota. Ted completed ROTC and was commissioned as a second lieutenant in the U.S. Air Force and commenced a 20 year military career. He served in Vietnam and was awarded the Bronze Star for service in the Tet Offensive. He returned to the states for a brief period and then spent several years stationed in Bangkok, Thailand, at the Joint U.S. Military Advisory Group. His final duty station was as an Executive Officer at Los Angeles AFB, El Segundo, California, before retiring in 1977. Ted was a resident of Redondo Beach over 40 years. He enjoyed long walks, especially by the beach In retirement he was surrounded by books and was knowledgeable in literature, philosophy, history, art history, and "first editions". Ted is survived by his son Theodore, one grandson Nicholas, a sister Lenore (Mitzie) Vasey, nieces Anne Brack and Ann Vasey, nephews Robert, Michael, and Mark Vasey, grand-nephews Victor Brack, Christopher Vasey, grand-niece Kylie Vasey and great-grand-nephew Hadyn Brack. He was preceded in death by his parents, his older brother, Father Jerry Fisch, and his twin sister, Susie Hutter. His funeral was held Saturday, May 20th at 1:00 p.m. at St. John Fisher Church in Rancho Palos Verdes. Graveside services will be in the family plot in Holy Name Cemetery in Rock Rapids, Iowa on Monday June 5, 2017 at 10am. In lieu of flowers donations can be made to the L.A. Regional Food Bank, 1734 East 41st Street, Los Angeles, CA 90058.