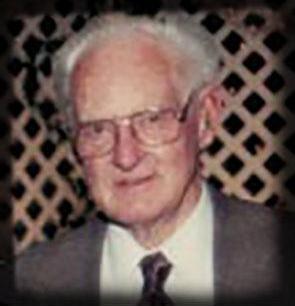 Lowell James Stirratt 1913-2014 An Amazing Man, Husband, Father, Grand, Great-Grand, and Great-Great-Grandfather Lowell Stirratt started out as the son of a farmer in Prescott, Wisconsin. He survived the influenza epidemic in the early 1910's and went to school in a small farm community. He went to high school "in town". There he met Clara, whom he later married. Lowell learned to fly a biplane after his interest was sparked the day the plane landed in his field. He earned his pilot's license in 1933. Lowell and Clara had a son, Roland (1937), and continued the family farm. He contracted polio, just like FDR, and survived with no infirmities. Then their second son, Vernon (1944), was born. Life went as life should. Their daughter, Linda (1947), was born. Times were hard; the farm was not doing well (too many mortgages, not enough income). He sold (auctioned) the farm and moved across the river to Minnesota. He worked at White Ford Motor Co., and they had another daughter, Kathleen (1950). They then decided to join the rest of the family in Hermosa Beach, California, where the family prospered from 1953 to this day. We all grew up "down the garage"; sons, daughters, grandkids, great-grandkids all learned to shape wood, fix cars, and put things together. Nothing was thrown out because it could become something else (wood, metal, wire, nuts, bolts, propane tanks, water heaters, etc.). When he wasn't working at his job as a machine maintenance supervisor, he tinkered with making metal works of art, building replicas of tractors, old cars, train engines, and farm equipment, using whatever was handy. He participated in community holiday parades (St. Patrick's Day, Cinco de Mayo, and Martin Luther King, to name a few), and won several trophies. His children, grand, and great-grandchildren, friends and strangers proudly rode in the parades, too. There was always more than one replica per parade. Lowell also wrote poetry, several of which have been published. His poems were about his youth, the squirrels in his back yard, and he made a rolling scroll that he placed on a tree so the children and their parents could read them going to and from Hermosa View School. He met and married his second wife, Gloria, in 1977. She loved and needed him, and, given his nurturing nature, nobody was better suited to her than Lowell. They remained married for 36 years until his passing on September 29, 2014. After 101 years, he leaves a legacy of loving family and friends; no man could ask for more. He will be remembered in a private service at his Hermosa Beach home. Lowell is preceded in death by his first wife Clara, sons Roland and Vernon, brothers Ralph and Austin, and sister Jean. He is survived by a long line of descendants, all of whom will continue to benefit from his many teachings. Children: Karen (Loyd Driggers); Linda (Dan Williams); Kathleen (Helm Ochner) Grandchildren: Michael (Kim Stirratt); Robert (Lauren Stirratt); Anna Stirratt; LeeAnn (Dave Lowrie); James (Krishelle Ochner); Dave (Rusty Wolff); Laura (Rob Knaggs) Great-Grandchildren: Joseph (Michelle); Robert (Jennifer); Robyn; Samantha; Ginger; Christpher; Kriste; Katie; Nick; Deryck; Austin; Michael; Steven (Bronte); Jordan; Parker; Conner; and Makenna Great-Great-Grandchild: Parker