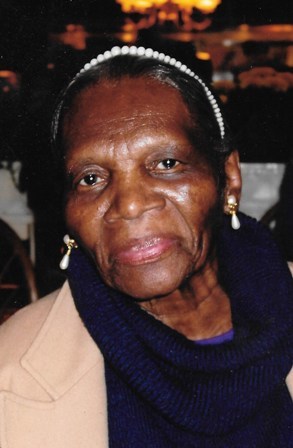 Bertha Lovera Murray was born December 21, 1924 in Corsicana, Texas, the only child of Ethel (Ford) Murray and Collie Murray. After graduating from George Washington Jackson High School in 1942, Vera, her mother and father immigrated to Los Angeles. Vera accepted Jesus at an early age and spent much of her youth involved in Bible study and BTU. After her move to Los Angeles, she attended Mount Tabor Missionary Baptist Church, a church her mother Ethel was instrumental in starting. In her later years, she often attended Crenshaw Christian Center accompanying her daughter Tonette, who is a member there. Upon her arrival in Los Angeles, Vera started working at Douglas Aircraft as a riveter. She enjoyed her time there making some lasting friendships. Later, after many years of involvement in schools, including a stint as a PTA president, she began working for the Los Angeles Unified School District. She held many positions including a 'lunch lady' retiring as an educational aide. Left to celebrate Vera's homegoing are her children Ethel Sledge, Robert Murray (Rosemary), Elfreda Murray and Tonette Wallace (James); her grandchildren Dale and Lee Roberson, Jr & Robin and Royce Murray; her great-grandchildren Novian Hill, Bishop, Cayman, Alaina, Elise, Lee III and Elenora Roberson; her cousins and a host of friends. Her daughter Clowese and her parents Collie and Ethel preceded her to glory.