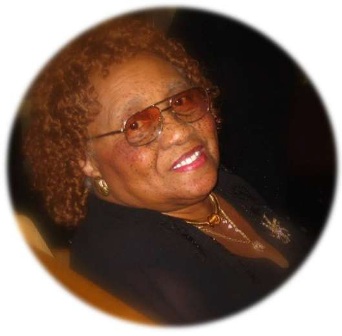 Louise was born the oldest of seven children to Scott and Annie Mamon on October 22, 1926, in Arcadia, Louisiana. She entered into eternal peace with her Lord and Savior Jesus Christ on Wednesday, February 13, 2013. Louise was preceded in death by her parents, Scott and Annie Lee Mamon, her husband, Warren Ealey, and eldest daughter Freddie Mae Bradley, a brother, James Mamon, two sisters, Bobbie Mamon and Annie Lester Warren. During her elementary years, Louise attended China Grove School and Lincoln High School of Ruston, Louisiana. Louise married Warren Ealey in Yuma, Arizona in 1946. The couple settled in Ventura, CA before moving to Los Angeles, CA in 1955. Louise accepted Christ at an early age and united with Springhill MBC in Simsboro, Louisiana. After moving to Los Angeles she united with Second Mt. Nebo MBC under Rev. Jesse Allen. Later, in 1968, she became a very active charter member of United Christians Missionary Baptist Church with Rev. Leroy Haley as her pastor. She was a devoted member and instrumental in the construction of the edifice. She served as a Deaconess, a member of the Southside Bible Fellowship, Vacation Bible School, Sunday school, and as Mission Board President. Louise wanted all of her family to be in church. She retired in 1988 after 36 years as a culinary worker. Louise was an excellent cook, and she loved to cook and feed anyone who wanted a meal. Her greatest love was to God. She was very dedicated to her children and grandchildren and she treated everyone as family. She was truly the matriarch of the family. In 1976, she was instrumental in starting the Mitchell Family Reunion which has been held every two years since in Ruston, Louisiana. She believed that old should teach the young and that family should be held together at all cost. Sunday was a day of church and family dinner and this continues to be a tradition for our family. Louise was a very outspoken and strong disciplinarian, but she did it with love. She said, "I have too many children for them to get out of line." She was an advocate for her children to continue in school and strive for higher education. Louise leaves to cherish her memory and praise the Lord; five sons, Fredrick (Sherri), of Los Angeles, CA, James (Linda), Scott (Andrea), both of Carson, CA, Anthony (Jan) of Pembroke Pines, FL and Michael (Andrea) of Lakewood, CA, and four daughters, Carolyn (Lee) Woods of Aurora, Colorado, Vivian (Arnulfo) Cordoba, of Santa Clarita, CA, Jerry Ealey-Ryles and Virginia Ealey-Vaughn both of Los Angeles, CA; 22 Grandchildren, 23 Great Grandchildren and one Great-Great Grandchild; two sisters, Eddie T. Delton of Los Angeles, CA and Evangeline (Charles) Williams of Jonesboro, LA and one brother Jesse (Almeida) Mamon of Simsboro, Louisiana. Other survivors include a host of nieces, nephews, other relatives and many friends. The family will miss her presence, but understood that to be absent from the body is to be present with the Lord.