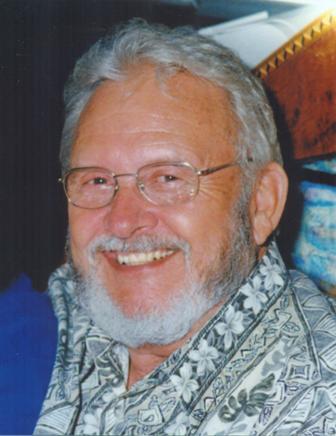 Louis "Joe" Mitchell Cauble March 10, 1941 – June 24, 2016 Joe is survived by his wife Diana, his son David and wife Pauline and grandson Zachary Louis; his daughter Chrissy and husband Erik and granddaughter Geneva Lee. He also leaves many beloved nieces and nephews, along with cherished family and friends. Joe graduated from Belmont High School and entered the US Navy where he spent his naval career as an electrician in the SEABEE's. Joe married Diana Varsen Simonian on February 8, 1964 and settled in Torrance. Joe worked for Donald E. Savard Company for approximately 40 years as an outside salesman. He was active with the Torrance YMCA Indian Guides, AYSO Region 16, and North Torrance Little League. Joe served as Deacon and Elder at the Torrance church of Christ and was a member of Hilltop church of Christ. Joe was a resident of Silverado Senior Care, where his spent his last years. There will be a Viewing on Tuesday July 5, 2016 at Rice Mortuary from 6:00 pm until 8:00 pm. On Saturday July 9, 2016 there will be a Memorial service at 2:00 pm followed by a reception until 5:00 pm, both at Rice Mortuary. In lieu of flowers, donations may be made to your favorite charity or to the Alzheimer's Association.