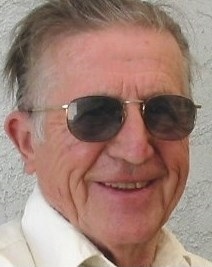 December 15, 1927 to January 8, 2016. Louis Harley of Redondo Beach, passed away a few weeks after his 88th birthday due to complications with prostate cancer. Lou was born in 1927 in Hackney, London, England and was a 58 year resident of Redondo Beach. Lou is survived by his daughter, Lynn Simmons; sons, Paul, Mark and Louis M. Harley; three grand-daughters, Erika, Kaylie and Mia Harley; son-in-law, Jerry Simmons and daughters-in-law Deborah and Helen Harley. Lou was preceded in death by his parents Ernest and Doris, his loving wife of 62 years, Connie and his youngest daughter Karen. Lou was a wonderful father. He cared deeply for his wife and five children. He will be missed for his wit, smile, sense of humor, his hard work ethic and his ever-present British accent. Lou will be fondly remembered by all those whose lives he touched, especially his children. His ashes will be interred along with his wife's in Walthomstow, London, at the church where they were married.