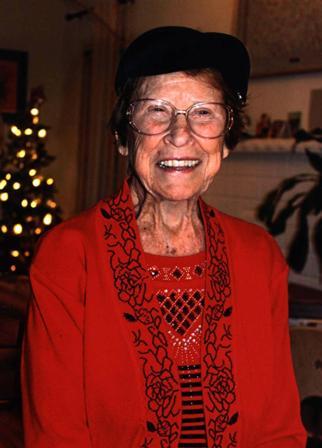 Loretta M (Jones) Reher December 10, 1927 -- April 29, 2016 Loretta J Reher, 88, passed away on Friday, April 29, 2016. She had been a resident for the past sixteen months in a Memory Care unit in Anaheim, CA. Visitation will be held on Wednesday, May 11, 2016 from 10:00 am to 11:30 am at McCormick Mortuary at 635 S Prairie Avenue, Inglewood, CA. A funeral Mass for Loretta will be held at 12:00 pm at Holy Cross Mausoleum at 5835 W Slauson Ave, Los Angeles. She will then be laid to rest beside her husband and daughter, also at Holy Cross. Loretta is preceded in death by her husband, Victor D Reher, and their daughter, Linda Sue Reher. Loretta is survived by her two sisters: Joyce Arend of Beaumont, CA, and Jean Temple of Colorado Springs, CO. Loretta was born in Grand Island, NE to Ralph and Anastacia Jones on December 10, 1927. She was raised in Grand Island, and attended Catholic schools there. Early in life, she followed her mother, working at the local telephone company. She was married to Victor D Reher of Grand Island, NE on January 24, 1947. For many years they lived in California where their daughter, Linda Sue Reher, was born in 1953. She was supportive of her husband who was employed in the sheet metal industry, and later they were involved with buying and selling real estate properties. They enjoyed entertaining and organizing social events. She was a very organized person, and enjoyed keeping her home. She was vibrant in loving life. She loved the fine arts and music, and in later years enjoyed ethnic and modern dancing. She loved to travel, and toured many interesting places around the world. She was spiritually devoted, and loved her Church. She attended Mass as often as possible. She will be greatly missed.