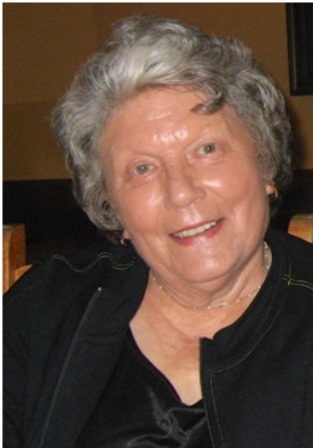 LORETTA ANN MADSEN 1935 - 2015 Loretta Ann (Sackett) Madsen passed away February 3, 2015 in Torrance, CA with family and friends by her side. Loretta was born in Buffalo, WY on August 9, 1935. She was proud of her Wyoming heritage. Her grandparents—the Christensens and the Sacketts—were pioneer homesteaders. As such, her parents Norma and Vance Sackett were ingrained in the Johnson county history. Loretta grew up on the Hat Ranch, attended one-room country schools in Mayworth, raised calves in 4H, and loved to dance. She had nine uncles that served their country in WWII and she was ever grateful for their sacrifices. Although a loyal Wyomingite at heart, she moved to California in 1956 after attending college in St. Louis. Loretta married Lester (Don) Madsen in 1959. They settled in Manhattan Beach, CA raising one daughter, Donnella, and a menagerie of pets. Loretta held several positions throughout her life, the most fulfilling being wife, mother, and classroom mom. Loretta and her husband retired in Torrance, CA and spent most Sundays (AKA Grandparents' Day) with their daughter's family and in-laws in Orange County. She also enjoyed socializing with the extended Madsen family. Loretta is survived by her: husband Don Madsen, daughter and son-in-law Donnella and Michael Andraos, grandchildren Timorei, Tiana, and Wyatt Andraos, sister Sandy Dixon, and niece Erin Walter and family. Services will be held at First Lutheran Church in Torrance, CA. In lieu of flowers, the family requests donations to Hoofprints of the Past Museum (P.O. Box 114, Kaycee, WY 82639) in Loretta's childhood town. A true testimony that you can take the girl out of Wyoming, but you can't take Wyoming out of the girl. She is and always will be greatly missed. "Well forever more...."—Loretta Madsen