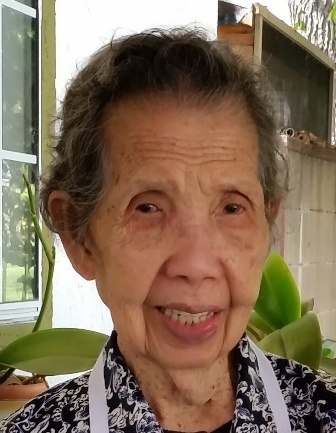 Lolita Bagay Isidro, 90 Visitation for Lolita Bagay Isidro will be held from 2:00 - 9:00 p.m. Wednesday, January 4, 2017 at Rice Mortuary, Torrance, California with a prayer vigil at 7:00 p.m. A mass service will be held the following day at 10:00 a.m. Thursday, January 5, 2017 at St. Philomena Catholic Church, Carson, California. Lolita passed away Wednesday, December 28, 2016 in Los Angeles, California. She was born February 9, 1926 in Matimbo, Malolos, Bulacan, Philippines, the daughter of Lucio and Rufina Bagay. She was predeceased by her loving husband of 66 years, Arsenio B. Isidro. As one of six children, she is survived by her brother and his wife, Ely and Ginia Bagay. She was a loving mother to six children and their spouses: Phi and Manny Rodriguez, Opay and Tavi Bulaong, Father Danny Isidro, Tita and Pete Adriano, Roland and Nely Isidro, and Arlene and Avel Dimaano. In addition to her children, she is also survived by her 13 grandchildren and 14 great-grandchildren. Her cremains will be laid to rest at Pamana Memorial Cemetery, Mambog, Malolos, Bulacan, Philippines. May she rest in eternal peace.