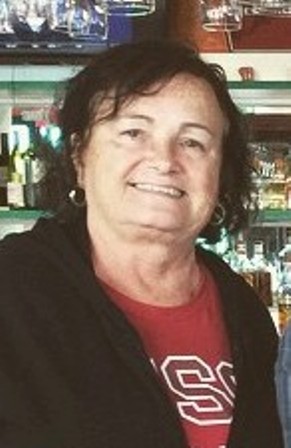 Lois “Twig” Wood Ilustre, of Redondo Beach, CA, passed away on Thursday, April 12th, 2018 at the age of 63. Twig was born to parents Col Willis Wood II and Elinor Ray on October 12th, 1954 in Walter Reed Army Hospital, Washington D.C. She grew up as the youngest girl of six siblings and liked to call herself “the special one.” She had many challenges, met them and won with a smile. She attended Pacific High School in San Bernardino, CA and went to graduate from business school. When she wanted to be recruited into the air force she didn’t see her hearing as a disability, fortunately neither did an Air Force recruiter’s wife at Norton Air Force Base. They saw her potential, and she began her 42-year civil service career, working in diverse fields such as accounting and finance, computer operation, data automation, and Space Missile Command in the U.S. and Japan. She also worked as a substitute teacher while her & her family lived in Misawa, Japan. In 1982, she met her husband Art, who followed her around to get her attention. They married two years later and had two children who were her life. Twig followed her husband around as a dependent Air Force wife. Twig is survived by her husband, Art Ilustre; her daughter, Ashley Ilustre; her son, Adam Ilustre; her sisters, Gayle, Teak and Willow; her brothers, Chip and Woody & one grandchild, Makoa Galvez, whom she adored being a grandmother to. Twig’s dream was to retire in Kaua’i, Hawai’i to be with her children and only grandchild. Her children plan to bring her back with them to ensure her dreams come true. A viewing of her body will be available to the public at Rice Mortuary on 5310 Torrance Blvd. in Torrance, CA on Thursday, April 19th, 2018 between the hours of 5 p.m. and 9 p.m. The church service will take place on Friday, April 20th at 10:00 a.m. at Saint James Church on 415 Vincent Street, Redondo Beach, CA 90278. Friends and family are invited to attend the reception shortly thereafter at Rice Mortuary. The family is grateful for the condolences.