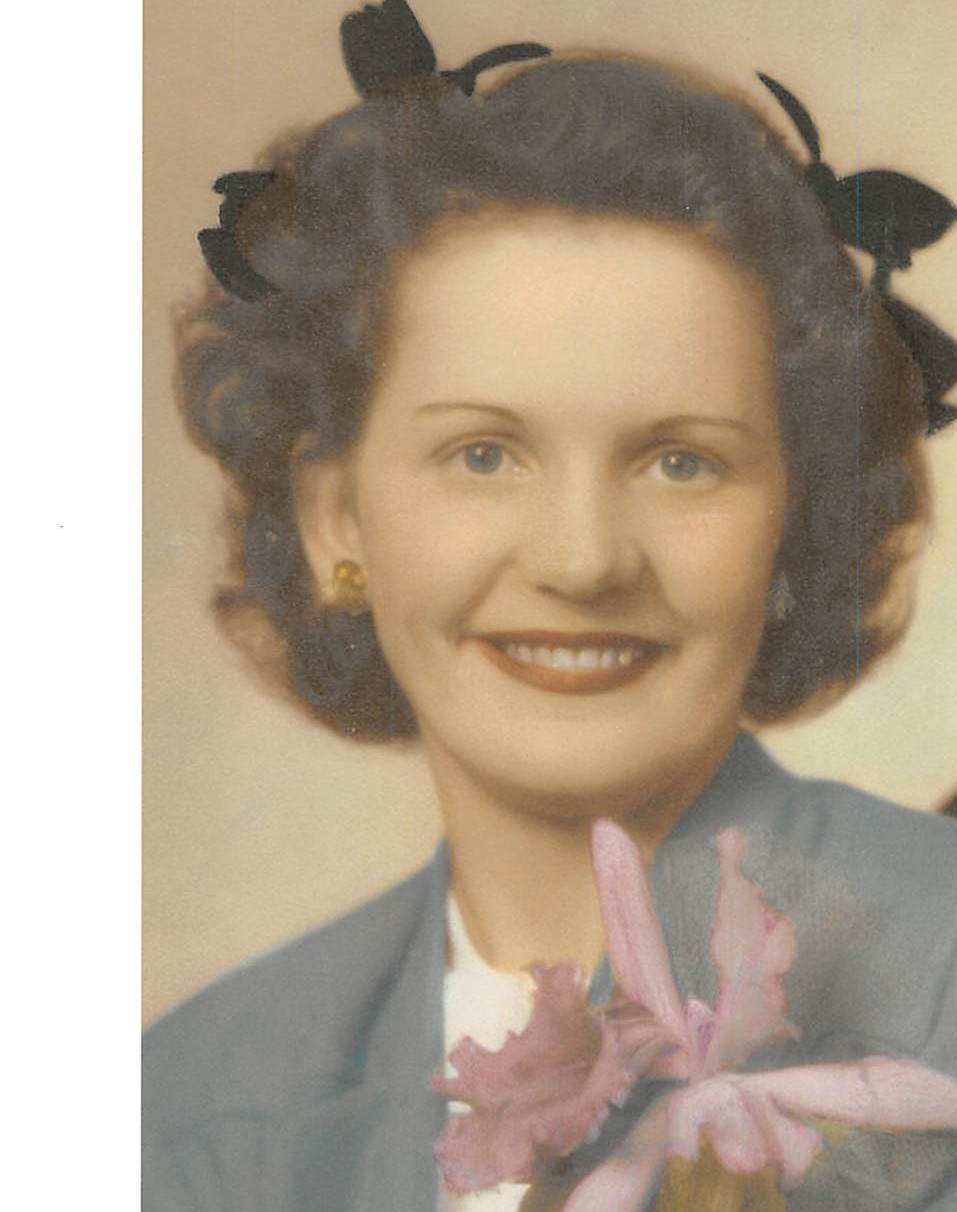 Age 96, Lois May Barney Chamberlain, passed away September 21, 2020 after a short battle with pulmonary edema. Born on November 24, 1923 to Pearl and Harlow Barney, she was one of their seven daughters. Lois was raised in Lowden, Washington—now a suburb of Walla Walla where she attended high school.  Lois met her husband, James Lowell Chamberlain, of 62 years during World War II while he was stationed at the Air Base in Walla Walla and she was working at Sears. After the war, Lois and Jim eventually settled in Hawthorne, California where they raised their two children.  They moved into Cherry Hills Club, Sun City in 2005 where they made friends and appreciated the TLC they received from staff.

Lois worked for many years as a homemaker. She enjoyed cooking, raising cymbidium orchids, roses, African violets, and serving as a seamstress for her children and herself. Lois was famous for her apple pie, open-faced peach and lemon pies. Her extended family has always been important to her. Lois was active in PTA, serving as president at several schools. Lois worked as an elementary special education assistant for many years after both her children had completed middle school. Upon her retirement, she and Jim enjoyed traveling throughout the United States and playing golf at many unique sites. They spent many hours playing a variety of card games with friends and family, rooting for favorite LA sports teams, and participating in family activities.

Lois is survived by her daughter Donna of Murrieta, her son Robert, and daughter-in-law Joanne of St. Augustine Beach, FL. Lois has five special grandchildren: Rachel Chamberlain and her husband Adam Jazairi, Shaun Chamberlain, Jared Lader, and Isla Lader.  She has beloved nieces and nephews in the San Diego and Orange County areas and throughout Washington state.  Lois was an inspiration and loved by many because of her caring ways and exceptional interest in others.

Graveside services will be Tuesday, September 29, 2020, 1:00 PM at Inglewood Park Cemetery, Inglewood, CA.  In lieu of flowers, the family requests that donations be made to Surfrider Foundation, which is dedicated to the protection of the world’s oceans, waves, and beaches.