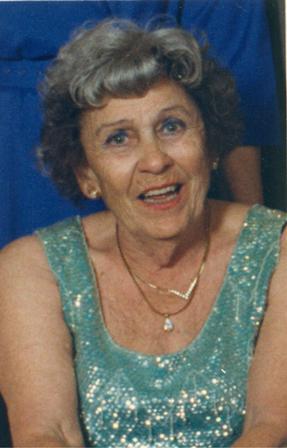 Lois Loretta Hart passed away peacefully June 19, 2015 at home in Torrance, Ca. she was born in 1920 in Prairie Creek, Ark. The 5th of 8 children of Sam and Minnie Dorman all of whom preceded her in passing. After graduating high school she came to California to work in the defense industry at Douglas Aircraft and in inspection for the Army. She was married 3 times. The first to Raymond Neilsen and had a daughter Melinda, which ended in divorce and daughter being raised by her father. The second was to Robert Mogel. After the birth of Robert (me) moved to Penna, where Debbie was born. She was a homemaker until we were out of the house and she returned to California and married Robert Hart. All husbands preceded her in passing. She worked in the food industry and at Weslocks as an assembler until retirement. She liked to sing in the choir. She liked painting, poetry, dancing, bowling and collecting. She grew & canned her own vegetables & fruit, and baked. She liked the outdoors. She was friendly, outgoing, funny and loyal and could start a conversation with anyone she met. I'm glad she was with me in her final years and she will be missed.