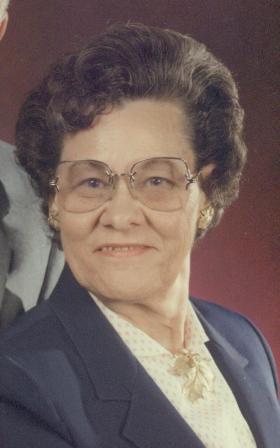 Lois Ilene Sapp Ilene Sapp, a 65 year resident of Hawthorne, passed away at her home on March 4, 2015, at the age of 93. She was born August 12, 1921 at Beech, Iowa and was the eldest child of Lynn and Emily Wilson. Ilene grew up in Marshalltown, Iowa and graduated from Marshalltown High School. On November 15, 1941, she was united in marriage to Carl E. Sapp, son of Carl V. and Edith (Mitchem) Sapp, and they made their home on a family farm just outside of Marshalltown, Iowa. In 1951 they moved to Hawthorne, California where they would spend the rest of their lives. Ilene worked for many years in retail sales at Channey's Department Store and The Boston Stores. She later went to work as a medical assistant for several prominent Inglewood doctors. She was very active in the Girls Scouts and the PTA and loved to do cake decorating. Ilene was preceded in death by her husband of 59 years, Carl, who died in 2001; her parents, Lynn and Emily Wilson; her brother, Ardean (Elsie) Wilson; her eldest son Ronald (Janet) Sapp and her great grandson, Zachary Stalie. Ilene is survived by two of her children, Gary Sapp of Hawthorne, CA and Kathy (Terry) Thomson of Torrance, CA. She is also survived by three grandchildren, Ronald R. Sapp, Annyce (Robert) Stalie and Emily (Jeremy) Bagley; and three great grandchildren, Samara and Gabriel Stalie and Addison Bagley. Also surviving are her sister Ferne (Mike) Long and Rolland (Dorothy) Wilson both of Marshalltown, Iowa. California services will be at 10:00 am on Tuesday March 10, 2015 at Rice Mortuary, CA. Ilene will be laid to rest in Riverside Cemetery, Marshalltown, Iowa. In lieu of flowers, donations may be made to Trinity Hospice Torrance, CA.