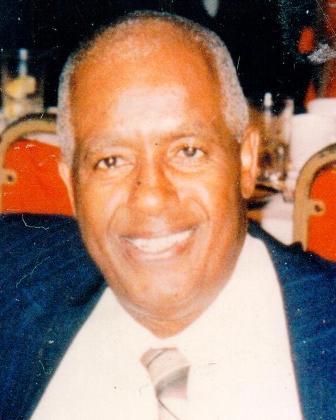 Lionel James Parker was born on July 13, 1930 to Florine Brown in Harlem, New York. He attended high school in New York City. He moved to Los Angeles, California in 1957. He attended California State University Los Angeles and received his Bachelor's Degree in Social Work in 1963. In November 1963 he began working for the County of Los Angeles, Department of Public Social Services as a Social Worker Trainee. He worked for the County of Los Angeles until October 1974 when he resigned from the County to return to the East Coast. In 1975, he reinstated his employment with Los Angeles County, Department of Public Social Services and promoted to Social Worker III, and was assigned to the Cuban Refugee Program. Lionel worked as a Social Worker for the Department of Public Social Services until he retired on March 31, 1996. Lionel had three beautiful daughters, Daphne Wynne Crawford, Lauren Adele Parker, and Susan Lynn Parker. Lionel started attending Church of the Living Word of God in Los Angeles in 2002 and in the same year he joined the church. Lionel was a faithful member of Church of the Living Word of God, and he attended regularly. He took the bus and Blue Line from Long Beach to the west side of Los Angeles to attend church until he became ill in 2015. Lionel loved fellowshipping with his brothers and sisters in the Lord. His favorite saying was "God is able." Lionel enjoyed learning new things. He took a cooking class and computer classes at various times in his life. He was also very conscientious about maintaining his health and he would always read and clip newspaper and magazine articles which talked about some of the health issues he was dealing with. Lionel enjoyed exercising and had a regular membership at Bally's until the time he became ill. He also loved to tell jokes and would often laugh at his own jokes. He rarely complained about anything. Lionel attended the Long Beach Senior Center for many years after he retired. He found great joy in going to the Senior Center and would often talk about the nice people he met there, and the educational classes offered for seniors. Lionel loved his family and traveled to New York and South Carolina to visit and spend time with his family, as well as spending time with his family in California. Lionel's mother, Florine Brown, his daughter Lauren Parker, his sisters Hilda Holmes and Miriam Murphy, and his brother Hubert Brown all preceded him in death. Lionel leaves to cherish his memory his daughters Daphne Crawford (Marc Crawford of Bronx, New York); Susan Parker of Los Angeles, CA; sisters Margie Brown; Rena Coleman; Henrietta Davis (Cornell Davis); brothers Raymond Brown Sr. (Helen Brown); Benjamin Brown, all from South Carolina. He has a brother Sammy Brown in Boston, MA; and a host of grandchildren, great grandchildren, and many relatives and friends.