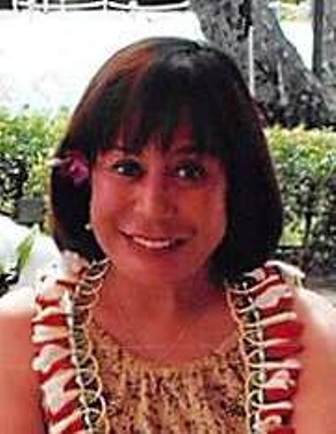 Linda Pascua Bulatao, 72, passed away on Friday, September 15, 2017 at home in Carson, California. Linda had been diagnosed with stage 4 breast cancer. Born August 6, 1945, to Lucio Pascua and Tomasa Cabiles Pascua, Linda grew up in Narvacan, Ilocos Sur, Philippines. As a young child, she enjoyed spending time with her cousins and family and started school early as an accelerated student. In her teens, Linda was involved with the community and participated in local beauty pageantry. In 1966, Linda started her career as a Registered Nurse at Albert Einstein Medical Center in Philadelphia, Pennsylvania. That same year, she also met her husband, Arsenio B. Bulatao, Chief Officer of the U. S. Navy. Linda worked at various hospitals in Chelsea, Massachusetts, Milton, Florida, New Brunswick, Maine, and Groton, Connecticut. In 1977, Linda, Arsenio, and their two young sons, Edwin and Ben, drove cross country from the East Coast to the West Coast, where they settled in Carson, California. Linda continued her career as a Registered Nurse at Harbor UCLA Medical Center in Torrance, California. After 40 years of devoting herself by caring for the sick, Linda retired from nursing, from her last place of employment with St. Mary Medical Center in Long Beach, California. After retirement, Linda enjoyed spending time with her family and grandchildren, Jaelyn, Brandon, Jordan, and Jet. She was dedicated and loyal to her Catholic and Christian faiths and served as an usher at St. Philomena Catholic Church in Carson, California. Linda was selfless in her charities to the church and the homeless. Linda was known to have a very giving and generous spirit. Linda is preceded in death by her parents, Lucio Pascua and Tomasa Cabiles Pascua, and her sister, Virginia Pascua of Narvacan, Ilocos Sur, Philippines. Linda is survived by her two sons, Edwin Bulatao (ex wife Arlene) of Carson, California and Ben P. (Jennifer) Bulatao of Rancho Palos Verdes, California; her (ex) husband, Arsenio B. Bulatao of Carson, California; her grandchildren Jaelyn, Brandon, Jordan and Jet; her brothers, Remigio (Peggy) Pascua of Corona , California and Leonides (Yolanda) Pascua of Carson, California; her nieces and nephews, Neil, Lea, Crystal, and Michael; and she also leaves behind numerous loving family and friends. Viewing/Vigil was held at Rice Mortuary, 5310 Torrance Blvd. in Torrance, California on Friday, September 22, 2017 from 5:00pm - 9:00pm; Funeral mass service was held at St. Philomena Catholic Church, 21900 S. Main St. in Carson, California on Saturday, September 23, 2017 at 10:30am; and burial service was held at Rose Hills Memorial Park and Mortuary 3888 Workman Mill Rd. In Whittier, California.