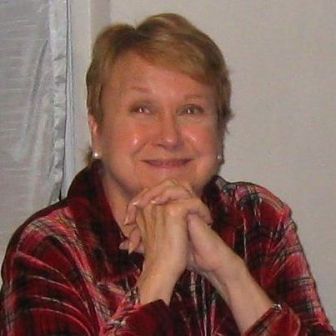 Linda Lee Bosetti, 66, died Friday, November 23, 2012, at Pacific Care Nursing Home in Long Beach. A Memorial Mass will be held at Saint Anthony of Padua in Gardena at 10:00 AM on Tuesday, December 11, followed by a reception. Linda is survived by her loving companion Peter Herbrick, her adult son Joel Bosetti-Godsil (Cindy), her sisters Maria Bosetti (Tom) and Kathy Bosetti-Reese (Ron), her brother Leon Bosetti(Linda) along with numerous family members and friends. A longtime lover of cats, Linda is also survived by Princess, Tramp, and Scamp. Linda was born in Milwaukee, WI, to Leon (Sr) and Marie Marian, on March 2, 1946. She held many different positions in her life, including Private Investigator and Social Worker. Following her position as Adult Education Program Director for PVPUSD, she volunteered at Torrance Memorial Hospital but was later forced into a slower pace. A longtime resident of the South Bay, Linda met Peter when she hired him to introduce seniors to PCs in July 2000. They eventually realized they were kindred spirits, and were nearly inseparable for over 10 years. Linda loved to read, spend time with her friends and family and eat Kopp's frozen custard in Wisconsin. She also enjoyed going to the Long Beach Aquarium, the Hermosa Beach Memorial Day Festival, Universal Studios and orchid shows in Torrance. She was planning her second trip to the Gilroy Garlic Festival at the time of her death. Linda will be dearly missed by us all.