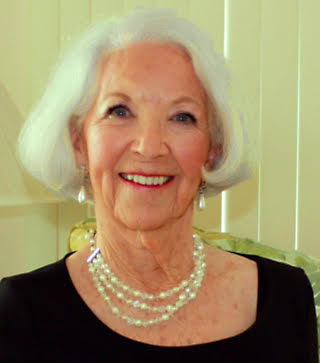 Lillian M. Daly of Redondo Beach passed away peacefully, Thursday, August 3, 2017, at the age of 96, surrounded by her children. Lil was preceded in death by her husband of 64 years, Lt. Edward A. Daly. She is survived by her five children - Edward Daly, Jr., Jane Daly Gamble (Duncan), Thomas Daly (fiancée Jan Watters), Patti Daly Kriegshauser (Allen), and Kathy Daly Pape (Lew), and her loving grandchildren Mike, Grady, Matt, Katie, Kelly, and Ian. Lil was thrilled to live to see her great grandchildren: Mikey, Ayla, Finley, and Gemma. Lil was born in Philadelphia, and moved with Ed to Miami where she was Executive Secretary to the Treasurer of Exxon for 30 years - a job she adored! Lil was a proud life time member of Screen Actors Guild, which started when Lil and daughter Jane were cast to be the first Ivory Liquid Mother/daughter look-alikes in a commercial which ran for many years. After retirement, Ed and Lil enjoyed many years of golfing, traveling, and finally settled into the beach life in Redondo Beach 16 years ago, where she was a volunteer at Little Company of Mary Hospital for eight years. Lil was known for her love of life and the love she showed every day to her children, and friends. She inspired all she met with her zest for life, and ability to light up the room with her smile. She will be missed by all but never forgotten. Her spirit lives on in all whose life she touched. She was happy, elegant, clear and funny to the very end!