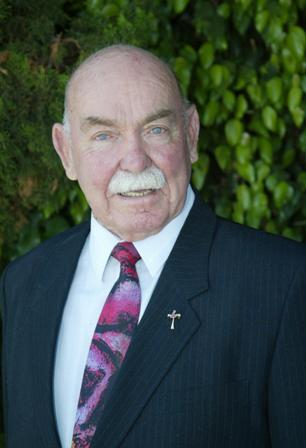 Lewis James "Buster" Gleason, a 60 year resident of Hawthorne, passed away on Saturday, May 19, 2012. Born in Turton, SD, he was the 7th of 12 children of William and Elise Gleason. Buster was 87 when he died. Buster had served in the Army Air Corp during World War II. He worked 37 years at Garrett AirResearch . Buster enjoyed traveling and visiting his grandkids. He also enjoyed woodworking, golfing, bowling, fishing, camping, and shooting the breeze with his buddies. Buster was an avid Los Angeles sports fan with the Dodgers being his favorite team. Buster is survived by wife of 60 years, June Gleason of Hawthorne, CA; son, David Gleason of Lawndale, CA ; daughter, Ann Grover of Oklahoma City, OK; son, Daniel Gleason of Westminster, CA; son, Larry Gleason of Oakboro, NC; daughter, Trudy Gleason of Manhattan Beach, CA; and 11 grandchildren and 3 great-grandchildren. A visitation will be held at White and Day Mortuary in Manhattan Beach on Thursday May 24 from 1:00pm until 5:00pm. The Vigil will be held at St. Catherine's Laboure Church at 7:15pm that evening. The Mass will be celebrated at the same church on Friday, May 25 at 10:00 am.