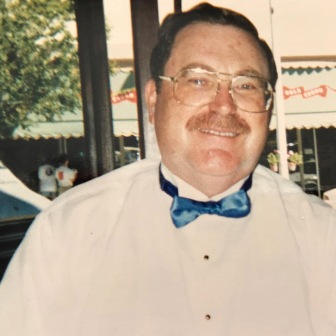 Levelle Mahood, 81, passed away peacefully November 15 at home after a long illness. He was born in San Antonio,TX and graduated from Louisiana State University in 1962 with a degree in Mechanical Engineering. He had a passion for aviation and joined the United States Air Force and worked at Flight Dynamics Laboratory at Wright-Patterson Air Force Base in Dayton, OH. His pioneering efforts in aircraft survivability research and life-saving fire suppression techniques ultimately yielded safer military aircraft design along with civilian applications. He was also an aeromedical test subject for NASA’s Apollo space program and endured 400 degree heat in an oven simulating a heat shield failure upon spacecraft reentry. Levelle traveled to Vietnam in 1967 to apply his innovative methodologies to reduce aircraft and helicopter casualties, saving hundreds of lives. NASA, the FAA, commercial and research organizations still reference his work. His expertise with fuel systems was key to explaining the accident involving TWA flight 800. He contributed to the field of aerospace engineering until his retirement from Northrop-Grumman in 2003. His was known for his intelligence and dry wit, delighting everyone with his amusing stories. He was a devoted husband and father and is survived by his wife, Dottie of 55 years, his daughter, Michelle Aden of San Carlos,CA and his son, Mitch Mahood of Agoura Hills,CA and his grandchildren Maya, Christopher, and Nina. LevelleMahood.com