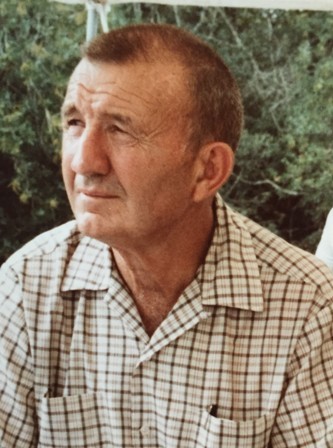 Leslie Ross Ruley "Ross" April 18, 1927 - April 4, 2016 He was preceded in death by his wife Margaret and is survived by children, step children and grand kids. He was born in Elkins, New Mexico to Leonidas and Pearl Ruley and lived many years in Encino, New Mexico. He enlisted in the US Navy at 17 and served time aboard the USS Ticonderoga as well as the Hospital Ship, Repose, at the conclusion of World War 2. He then traveled throughout the U.S while working on the railroad, seeing many places and gathering a wealth of stories. Ross moved to Los Angeles area in 1951 where he spent the rest of his years raising a family and establishing his permanent home. His love of the outdoors, all things railroad related and his beloved horses were a source of joy to him. His stories and humble approach to all things will be greatly missed by his family and all that knew him. Memorial service and reception to follow, Saturday, April 16, 2016, 2:00 pm, Rice Mortuary 5310 Torrance Blvd.