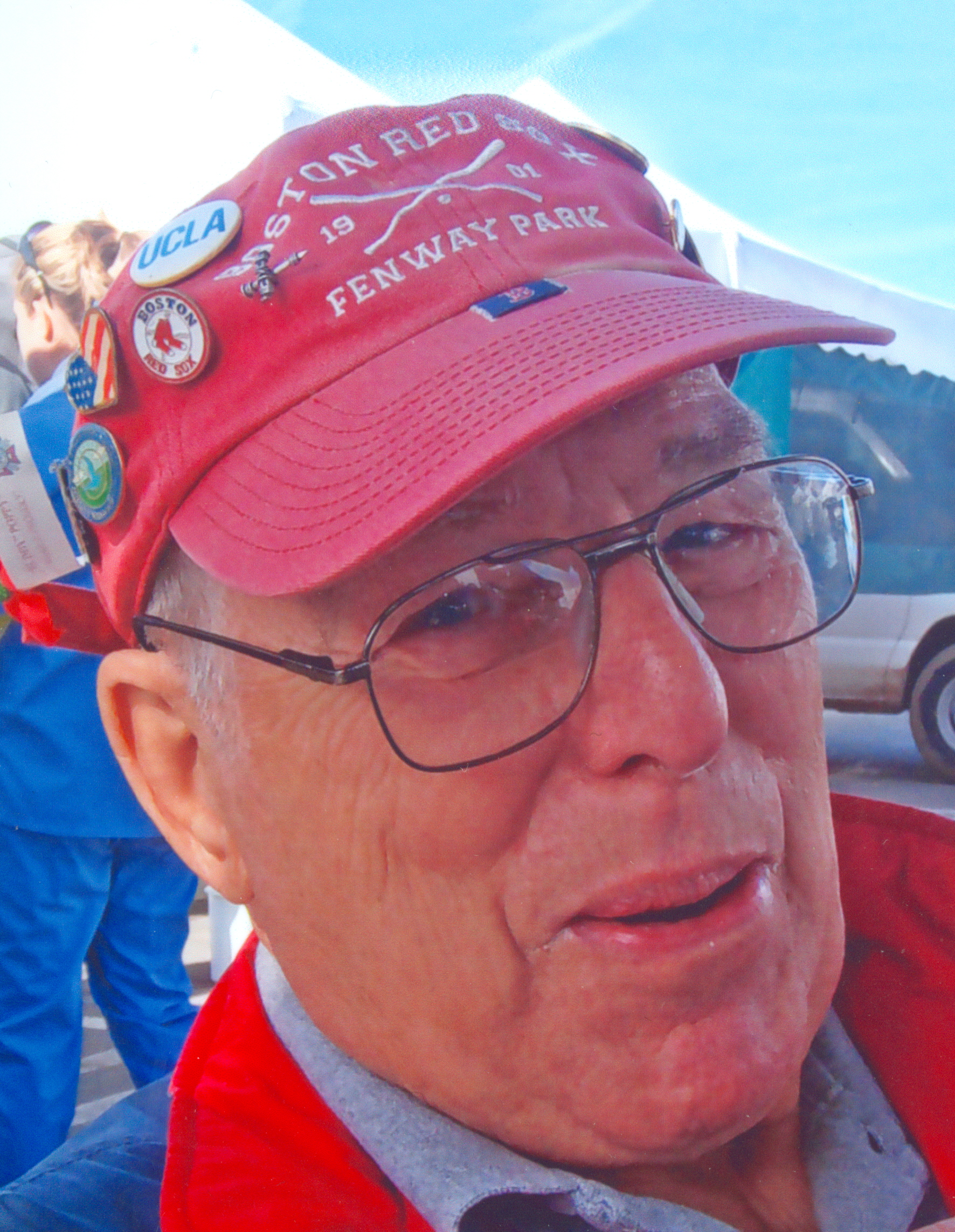 Leonard "Dutch" Holland October 13, 1930 - March 13, 2013 Resident of Torrance After a brief illness, Leonard "Dutch" Holland passed away peacefully on March 13, 2013. He was 82 years old. Leonard Stillman Holland was born on October 13, 1930 at Westerly Hospital in Westerly, Rhode Island, the middle child of 3 children born to Talbot and Varina Holland, both of whom preceded Dutch in death. Leonard graduated from Westerly High School in 1948 and was an accomplished athlete having been a star player on the football team. His love of sports would continue throughout his entire life. With the start of the Korean War in 1950, Dutch enlisted in the United States Air Force. He was an Airman 2nd class based in Germany. His service began in 1951 and he was honorably discharged from the U.S. Air Force in July 1954. It was during his military service that he was penned with the nickname 'Dutch' which stuck for the remainder of his life. Dutch met his wife Elizabeth (Betty) in 1956 on a blind date. After dating for a period of time they were wed on March 2, 1957. Shortly thereafter they started a family in 1958 with the birth of their son, Dale. A daughter (Patti) followed in 1959. Dutch and Betty were especially pleased to celebrate their 50th wedding anniversary in 2007 with about 75 close friends and family. Dutch was a hard worker and spent 33 years working for UPS as a delivery driver. Dutch was recognized by former LA mayor Tom Bradley as the employee of the month and for his safe driver accomplishment of 25 years. His job kept him in great shape to enjoy other things in life that he cherished. Dutch and Betty were avid travelers and traveled the world. They visited Hawaii, Europe, the Caribbean, cruised in Alaska and traveled with the UCLA fan club to many UCLA football games. Dutch helped Betty feed the UCLA band with snacks at many of the games they attended. Sports were one of the biggest activities in Dutch's life. He (and Betty) were avid UCLA boosters and supported the football team at fundraisers and attended games for nearly 30 years (both home and away). Born just 50 miles from Boston, Dutch was a huge Boston Red Sox fan and celebrated their first World Championship in his lifetime in 2004 (a second championship was achieved in 2007). In the late 60s and early 70s, Dutch coached (and umpired) little league baseball at North Torrance West Little League, culminating in his coaching of the 1970 NTWLL All Stars. Whenever you met Dutch he was always ready to talk sports and without question knew the game and the statistics to go with the sport. Dutch bowled for many years and averaged about 180 per game and won a significant number of awards for his bowling skills. Dutch was also a prolific woodworker and craftsman having learned how to whittle from a master woodworker. He was also a very handy person having completed many projects around his home. He was never afraid to try a project as he did not fear failure. Dutch was also an avid coin collector. Perhaps the most significant accomplishment in Dutch's life was his volunteer work. He was a little league coach and umpire, usher at St Catherine Laboure church, volunteered at the Torrance Farmers Market, Torrance Area Youth Band, Torrance Rose Float Association and assisted his wife Betty with her many volunteer activities. Together Dutch and Betty were honored by the city of Torrance in 2008 for their countless years of volunteer work in the South Bay. Dutch was always willing to help out and is to be commended for having given so much of his time to others. Anyone who worked with him truly enjoyed his spirit and hard work. Dutch touched the lives of everyone he met with his kindness and incredible sense of humor. He taught those around him how to stay positive, to enjoy every moment we have in this life and to be patient. He had an infectious smile that would light up the room when he entered. He survived prostate cancer in 1993, a heart attack in 2001 and colon cancer in 2010. He was a tough old coot for sure. His family is grateful for his long life having survived a near fatal case of phlebitis in his early 30s. Dutch is survived by his wife of 56 years Elizabeth "Betty"; son Dale (Barbara); daughter Patti (Jeff); grandchildren Geoff, Brandon and Amanda; honorary grandchildren Jason, McKenzie, Joshua; brother Russell (Margaret) of Elkton, Maryland; sister Marge of Westerly, Rhode Island, and numerous nieces and nephews. Dutch's family would like to thank Rice Mortuary, Torrance Memorial Hospital, Torrance Memorial Hospice, Royalwood Care Center, Golden Days Senior Services and Davis In Home Care for their love and support over the last year. They would also like to extend a special thank you to Dr. Maria Vollucci , Pharmacist Odette Leonelli and loving neighbors Paul and Ruth Chase who provided much support in the recent years. To the numerous family members and friends who have recently called or checked in on Dutch, your love for him has meant so much to us all. A public memorial is scheduled for Friday March 29, 2013 at 11am at Rice Mortuary, 5310 Torrance Blvd., Torrance, CA. A reception at the same location will immediately follow the memorial. In lieu of flowers the family is requesting donations be made in Dutch's memory to Torrance Memorial Hospice.