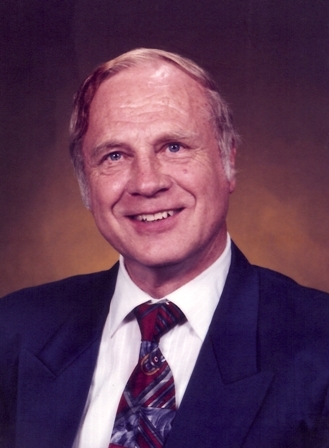 THE LIFE AND LEGACY OF LEONARD ARLEY BECK Leonard was born on May 11, 1929 to Cleda Mae Beck and Alvah Virgil Beck in Morristown, New Jersey. The family moved to Kansas City, MO and at age five Len began taking private classical piano lessons. At age 13 he became a boogie-woogie piano player and a jazz fan which made him decide to take both classical and jazz lessons during his high school years. At age 16 he had been a professional musician for three years, and joined the Kansas City Musicians Union. By age 18 he was taking private arranging lessons and writing charts for big bands. He received his Master's Degree in Chemical Engineering from the University of Kansas and paid for most of his college expenses with musician earnings. He played live piano and bass duo jazz concerts three days per week on the radio and became the first jazz disc jockey sponsored by the University of Kansas Radio Station. After nearly four years in the Navy as a LTJG Officer Engineering Specialist, he joined the New York Musicians Union, AFM Local 802, playing mostly jazz combo gigs around town. During this time, he also took 2 ½ years of private jazz piano lessons from Lennie Tristano, world-famous renowned blind jazz piano artist and teacher (Metronome Magazine all-star jazz piano for 1948). His other teachers included Clare Fischer, Dave McKenna, George Cables, and Bill Mays. He has been a member of the Los Angeles AFM, Local 47, since 1961, which he joined upon moving out to California to work in the Propulsion Department for Space Technology Labs in Redondo Beach. The company later became TRW and has been named a National Historic Site because of all the space pioneering work done there. He met Joan Franceschini there, who was secretary for two sections in the Computer Data Reduction Department. They were married March 1, 1963. She raised his nine year old son, Christopher, and they had two more sons, Jeffrey and Gregory. Leonard retired from Aerospace Corporation after nearly fifty years of Post Flight Analysis on rocket engine boosters for the Air Force. Lenny, as his jazz friends called him, played with the big bands of Buddy Morrow, Richard Maltby, and was broadcast on the radio numerous times with the Henry Busse Big Band. Other famous musicians he has performed or recorded with include: Bob Brookmeyer, Miles Davis, Buddy Wise, Ralph Pena, Jim De Julio, Abe Most, Ashley Alexander, Rob McConnell, Terry Gibbs, Eddie Daniels, Alex Iles, Andy Martin, Pete Christlieb, Christopher Hollyday, Gil Bernal, Joe Valenti, Herb Mickman, Neal Hefti, Steve Lawrence, and Edie Gorme. One of his most exciting gigs was when he played solo piano for Ed McMahon's private birthday party with a celebrity-filled audience including: Johnny Carson, Barbara Sinatra, Mary Ann Mobley, Gary Collins, Harvey Korman, Tim Conway, etc. Lenny's wife, Joan, was thrilled to be able to attend and taste the fine cuisine of the evening's chef, Wolfgang Puck. Lenny taught classical and jazz music to each of his three sons who are all professional musicians. In 1989, he was first introduced to the Charles (Dolo) Coker Jazz Scholarship Foundation after his then 15 year old son, Greg, won a scholarship via their competition. Since then, Lenny, his wife Joan, and son Greg have been on the Advisory Board of the Foundation in various capacities in order to promote jazz proficiency to the next generation. Lenny went to the Lord on December 4, 2016. He will be missed by his wife of 53 years, Joan, his sons, grandchildren, and his brother Loren and family. A service in loving memory of Leonard A. Beck will be held on December 22, 2016, 12:30 PM at Rice Mortuary, 5310 Torrance Blvd., Torrance, CA 90503 (310) 792-7599