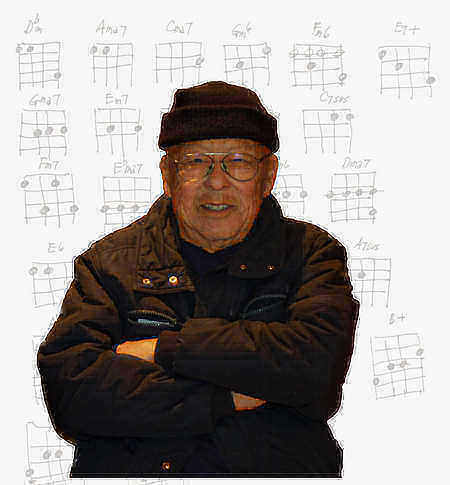 A devoted husband, father, grandfather and friend, Leo Gen Komai, 86, passed away peacefully, surrounded by family, on April 10, 2012. He was born on December 29, 1925, in Los Angeles, California, to Tetsu and Yukino Komai, the eldest of three children. After serving in the Army, Leo earned his B.A. in Zoology (1949), his M.A. (1952) and Ph.D. (1959) in Physics from the University of California, Los Angeles. Leo and Eleanor were married in North Hollywood in 1952. They settled in Gardena in 1961, where they resided with their four children. Leo worked as a Theoretical Physicist for Hughes Aircraft Company in the Electro-Optical Division for over 30 years. Leo was a man of simple pleasures – music, food and people. His greatest joy was to sit with his many friends and "talk story". He had an unquenchable thirst for knowledge, and was especially passionate about teaching and playing the ukulele. He will definitely be missed by many, as he was loved by all who met him. A long-time resident of Gardena, Leo is survived by his loving wife of 59 years, Eleanor. He leaves behind four daughters – Jody, Merrill, Janis (Ben), and Carol, as well as six grandchildren – Ryan, Tyler, Kelsey, Alika, Devyn and Bennie. A gathering of family and friends was held to celebrate his life at Rice Mortuary on April 15, 2012, from 10:00AM to 3:00PM.