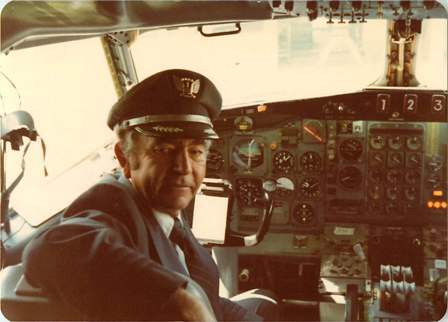 Leo Alfred Lambert April 30, 1922 – May 16, 2013 Husband, father, grandfather, friend, coach, craftsman, airline pilot, patriot, veteran, bowler, world traveler, car lover, volunteer, dancer and motorcycle rider, Leo will be missed by all. Survived by his wife Shirley and three children, Larry Lambert, Cherie Lambert and Terry Bird; six grandchildren and four great grandchildren. Proud of his family, Dad lived a full life. After retiring from United Air Lines in 1982, Dad spent a good portion of his time golfing and working at South Bay hospital as a volunteer. Dad was also involved in the "Meals on Wheels" program and was very generous with his time helping others. His passing resulted from injuries sustained from a fall on his 91st birthday. God Bless him and may his soul rest in peace.