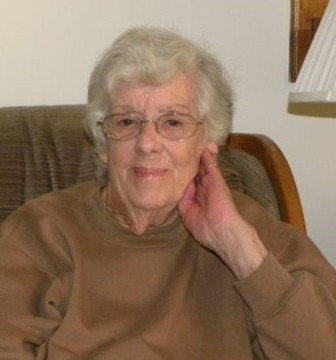 Leatrice (Lea) Delsigne passed away on Wednesday, June 15, surrounded by her loving family. Lea was born May 15, 1926 in Maine, the middle child of Delores and Otis Burnell, and grew up in Redondo Beach, CA. She was preceded in death by her parents, sister Helen Dotts, and granddaughter Megan Delsigne. Lea graduated from Redondo Union High School. She met the love of her life, Walt Delsigne at a horse and buggy dance in Redondo Beach in 1942, and they were later married in 1946. They built their home and raised their family in Torrance, CA. She volunteered at her church for many, many years, as well as Nativity Catholic School during her children's years of attendance, and serving in the St. Elizabeth's Guild, serving as president for a term. Lea is survived by her loving husband, Walt; brother, Bud Burnell; adored by her children and grandchildren; son David and wife Brenda; daughter Diane and husband Chuck, as well as grandchildren Justin and Kara (Zack Smith) Huggins, Erin (Jake Roach), Kristen and Austin Delsigne; and great-grandchildren Ryler and Elliott Smith. Lea valued her faith and family above all else. She enjoyed the ocean, often saying she will always live near the beach, reading, traveling and having "taco night" with her children and grandchildren. She was happiest with her family and loved them all boundlessly. She happily attended many sporting events, plays and other events that her grandchildren were involved in. She was always so incredibly proud of their accomplishments, and was always excited for what the future would bring for them. Visitation will be on Sunday, June 26th, 6-9pm at Rice Mortuary 5310 Torrance Bl. Torrance, California. Funeral Mass will be celebrated on Monday, June 27th at 11:30 am, at Nativity Catholic Church. Burial will follow at Green Hills Memorial Park.