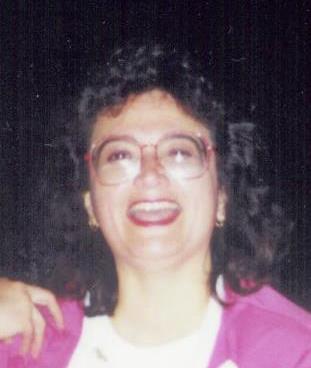 Lea Marie Ramirez, was born to +Arthur E. Ramirez and Laura Martinez Ramirez on January 14, 1952 in Los Angeles and died April 18, 2013 in Long Beach; the younger sister of Thomas M. Ramirez of Torrance, Father Allen Ramirez of Hermosa Beach, and +Melinda Ramirez Werner. She was the aunt of Daniel (& Delisa) Ramirez of Redondo Beach, Thomas Ramirez II, Matt (&Trista) Ramirez, Nicholas Ramirez, Lucas Ramirez, Cruz Ramirez, and Isabella Ramirez all of Torrance, and the great-aunt of Patrick Ramirez, Andrew Ramirez, Taylor Ramirez, Morgan Ramirez, and James Cimaglio-Ramirez. She delighted to be one among 50 first cousins and was loved in return. She is also beloved by her step-father Hammond B. Hendershott and nine step-brothers and sisters. Lea spent most of her life in the family home in Gardena. She attended St. Anthony of Padua School in Gardena, and Bishop Montgomery High School in Torrance; and completed her education when she graduated from The California State University at Dominguez Hills. Upon graduation she was employed as an Accountant by the Hughes Aircraft Corporation in El Segundo, where she developed lifelong friendships with several coworkers that she valued the entire rest of her life. Later she was employed in a family business at Charles River Capital of Redondo Beach. The first onset of Multiple Sclerosis left her dependent on a cane and then a walker. During this time she continued to keep up her employment with pride. In 2002 an exacerbation of the disease left her confined to a bed with very limited abilities. A more recent exacerbation left her unable to swallow. The onset of pneumonia led to the end of her life. Her family was given the gift of very strong and active faith in Our Lord Jesus and participation in the community of the Roman Catholic Church. Even after years of confinement Lea continued to watch the celebration of the Eucharist on television and eagerly looked forward to the visit of the lay men and women extraordinary ministers of communion. It is not an exaggeration to relate that Lea never complained or questioned "Why me?" She prayed to fervently and accepted God's Will. Having lived on the corner of Avenue I and Catalina for some years she greatly missed the Ocean once she began her journey from in-home care, to board and care, to assisted living, to skilled nursing. God gave the gift of having the last few hours of her life in peace. As the end approached she covered her eyes and exclaimed of the brightness of the light. Her family is very grateful to her caregivers over the years, especially Jerry, Mercy, and Maggie and the various medical personnel that attempted to make her life bearable. A gathering of family and friends was held on Thursday, April 25, 2013 and the Funeral Mass was celebrated Friday, April 26, 2013 at St. Lawrence Martyr Church, Redondo Beach.