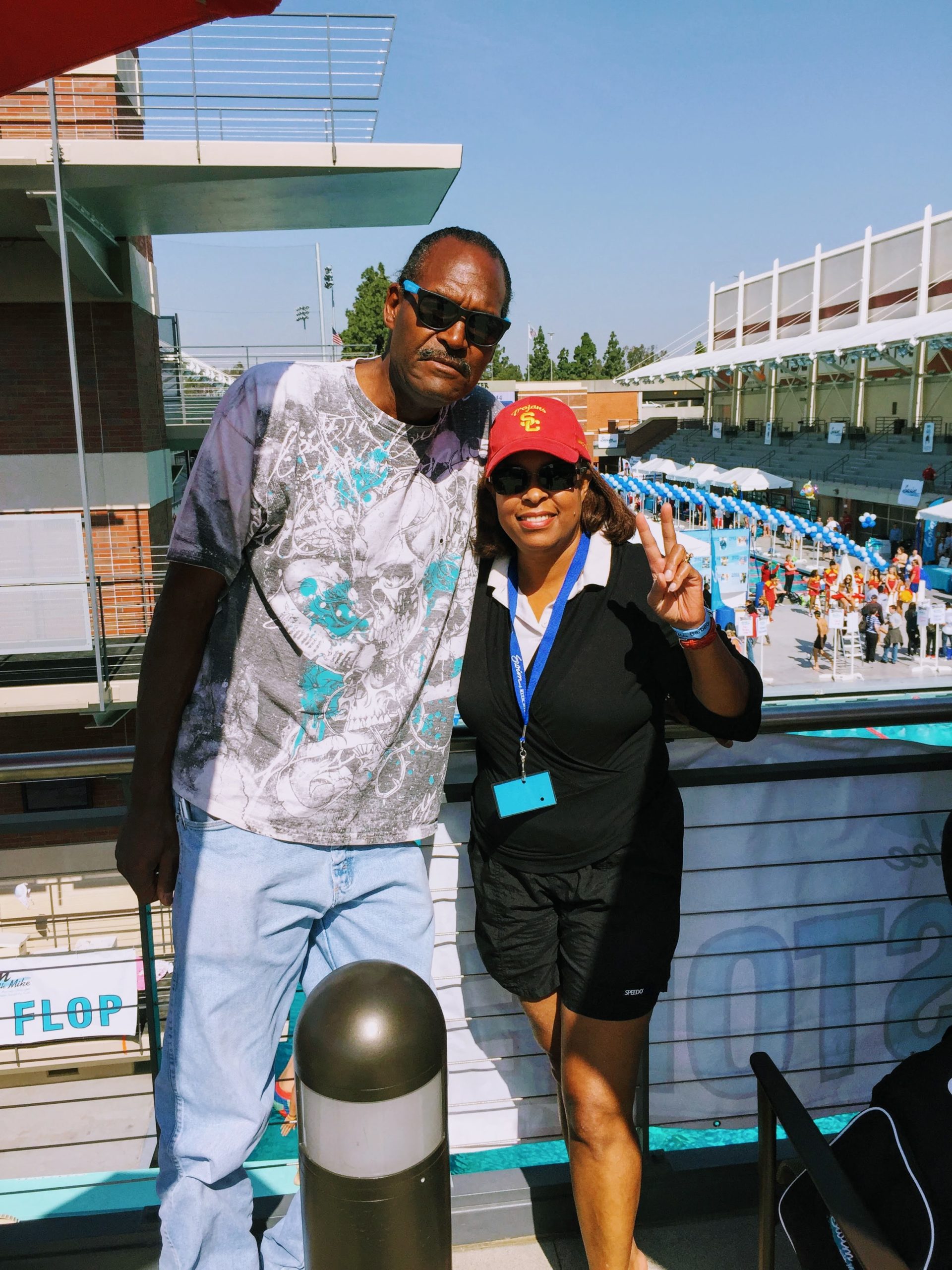 Lawrence “Larry” Jackson was born in Los Angeles, California.  Larry’s height and basketball talents quickly gained the attention of many high school coaches.  Larry was scouted to attend and play basketball for Blair High School in Pasadena, California where he helped lead them to multiple championships.  Larry stood out as a 6’11” Power Forward and was scouted by and played Basketball at the University of Washington in Seattle on a full scholarship where he received many championships, awards and accolades. Upon leaving college, he encountered a serious knee injury while trying out for the Seattle Supersonics – that ended his Pro career in the U.S.   After his recovery, Larry’s love of basketball and talents lead him to play Semi-Pro Basketball in the European Pro League over 5 years.

Larry returned to the United States where he worked at various jobs settling in the Los Angeles area.  He continued playing pickup Basketball at Venice beach and local parks.  Sports were a large part of Larry’s life as well as caring for his family.  He often attended basketball and football game with his beloved sister and brother –in- law.

Larry joins his father and mother (Lawrence Sr. and Birdie), grandmother and grandfather (Esther and Boyd), uncles and aunt (Richard, Joseph and Dorine) in a grand eternal after life.  May Gods blessings continue to enrich your soul.

Larry was a kind, positive and helpful man who believed in the Lord. “That whosoever believeth in him should not perish, but have eternal life.” John 3:15

Those left behind to cherish his memories are: