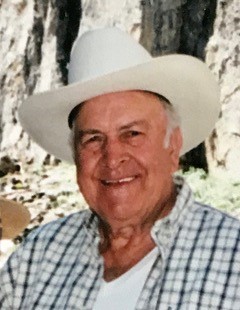 Lawrence Fielding Read was born to Wilford and Melissa Pead in Grover, Wyoming, on April 7, 1925. Lawrence passed away on June 6, 2017 at his home in Hawthorne, California. He is survived by his wife, his 5 children, 16 grandchildren and 2 great grandchildren. He was preceded in death by his parents, 6 brothers, 1 sister and 1 great grandson. Lawrence was raised in Grover, Wyoming. At age 23 he moved to Los Angeles for work. He met his lovely wife, Mary, at a church dance in Long Beach. On August 25, 1962, they were sealed in the Los Angeles Temple of The Church of Jesus Christ of Latter-day Saints and married for almost 55 years before he passed. Together they raised 5 children; 3 boys and 2 girls. Lawrence retired from Hollywood Park Racetrack after working there as a plumber for 25 years. After retirement, his longing for Wyoming took him back to Star Valley to live part-time in Bedford. He always expressed his great love for his old stomping grounds and enjoyed telling all his stories of growing up there. Lawrence will be greatly missed but will live on in the memories of his family. His talents and skills, love, honesty and generosity are great traits that his family will strive to continue throughout their lives.