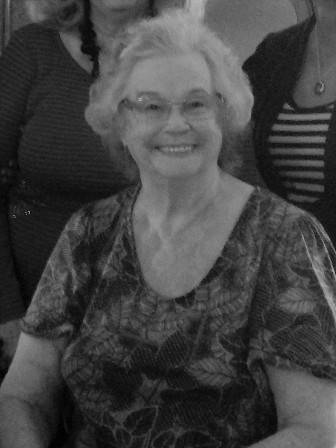 Laura Juanita Jay "Grammy" A 55-year resident of the South Bay area, recently passed away at home in Lawndale on April 1, 2017 at the age of 93. She was born to Mary and John Hall on February 5, 1924 in Oklahoma City, Oklahoma. She was raised on Grandma and Grandpa Sult's Farm along with her sister Alma Faye Price in Guthrie, Oklahoma. She moved out to Los Angeles, CA in 1939 with her husband Francis Williams. Throughout her life, she was the Best waitress, cook and mother. Over the years, she loved to create ceramics, sew dolls, and she was a champion shopper at thrift stores and yard sales. If you needed something and she knew about it she would find it for you. She is survived by her children, Patricia Dellwo of San Diego, Claudia Corwin of Lawndale and her Granddaughter Melanie Meyer of Los Angeles. There were seven other Grandchildren, eight Great Grandchildren and ten Great Great Grandchildren and many Nieces and Nephews. She was preceded in death by her husband Bill Jay 2008, her son Robert Gordon Griffin II 1984, daughter Anita Louise Marco 1998 and Gerald Wayne Griffin 2012. A gathering of family and friends will be held at Rice Mortuary in Torrance on Saturday April 15th, with the service at 11:30am and the reception to follow. Graveside service will follow at 2:00pm at the Pacific Crest Cemetery in Redondo Beach.