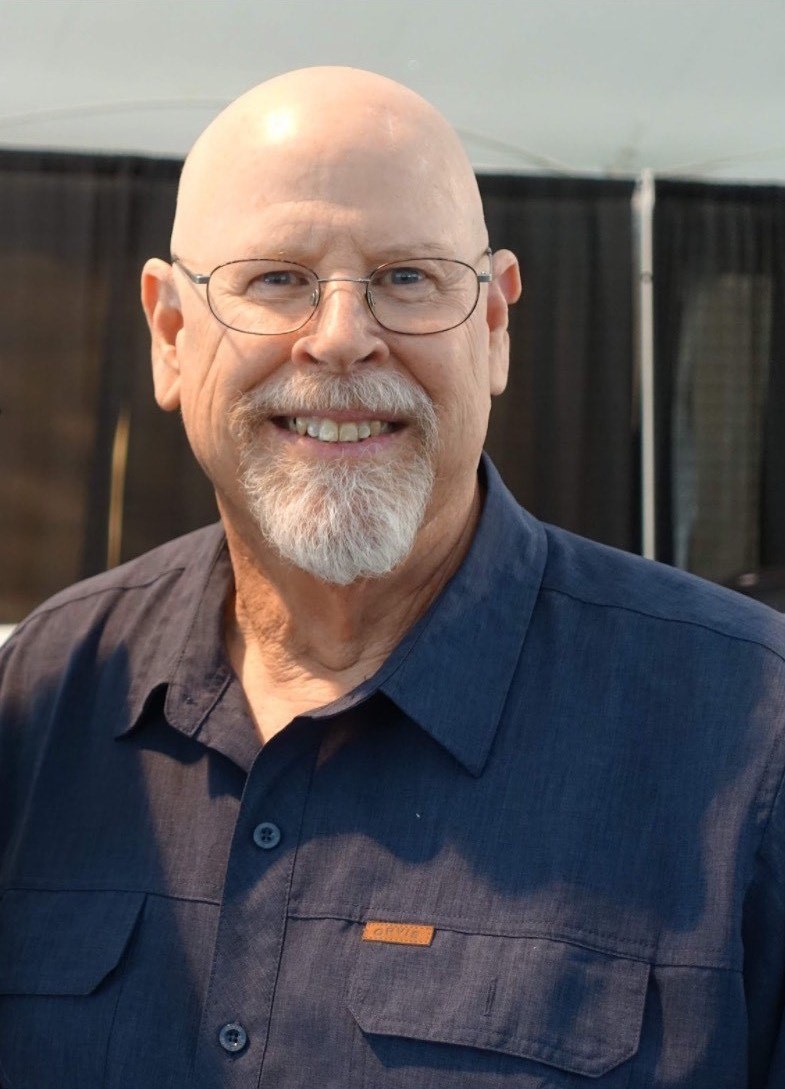 It is with great sadness that we announce the passing of Larry Wayne Gunsalus, 74, on December 5, 2022.

Larry is survived by his daughter Kerry and her husband Michael, his partner Joyce Watanabe, his brother Jim, his nephews Jim, Zakk, and Maxx, and nieces Leslie, Betsy, Meg, Molly, and Kate; as well as close friends, coworkers, and fellow volunteers. He is preceded in death by mother Wilmetta (Billie) and father Lurton (Gunny).

Born in Lawndale and raised in Hermosa Beach, Larry grew up within a third-base foul ball of Clark Stadium where he pitched little league and developed a love of baseball, sports, and being outside. He graduated from Redondo Union High School in 1965, after time on both the baseball and basketball teams, and he continued as a left-handed pitcher at El Camino College and Cal State Northridge.

He was a voracious reader and devoted himself to learning and aiding others. Larry received his pharmacy degree from the University of Southern California and began his career in 1973, holding positions at Robert F. Kennedy Memorial Hospital, Torrance Memorial, and South Bay Hospital. He worked for Kaiser Permanente as Deployment Lead for Kaiser’s Electronic Medical Records integration and retired in 2018.

Larry relished fatherhood. He burst with pride at piano recitals and tennis matches, in Kerry’s academic achievements, and all the milestones of her life. He enjoyed his many trips to the east coast to visit her, striking new friendships along the way and adding to the many people far and wide who will miss him dearly.

Along with post-retirement travel, he continued a life of learning and devotion to alleviating suffering. Larry audited classes and lectures at California State University Dominguez Hills and volunteered for many causes. He was appreciated for his crack-of-dawn shifts downtown at LA Catholic Workers’ soup kitchen. Larry was also a cherished volunteer at the Marine Mammal Care Center in San Pedro, where he took great satisfaction in releasing rehabilitated sea lions and seals to the ocean. He also enjoyed working at JudiKins Rubber Stamps and formed many friendships there.

Larry will be remembered fondly by his friends, family, and the many people he touched through community activities and volunteering. He loved going on neighborhood walks with Joyce, especially this time of year, when they enjoyed the holiday lights in his hometown of Torrance. His kindness, generosity, sense of adventure, and killer margaritas will never be forgotten. May he rest peacefully.

Please join Larry’s family and friends for a Celebration of Life at 2 pm on Sunday, January 15, 2023, at the Hermosa Beach Kiwanis Hall (2515 Valley Dr.) There will be opportunity to share memories at the celebration and on the Lighthouse website. In lieu of gifts, donations may be made in Larry’s honor to LA Catholic Worker or the Marine Mammal Care Center. Donations may also be given to Kerry, to be distributed to Larry’s favorite charities. Mail can be sent to Larry’s home address. He will be interred at Pacific Crest Cemetery on Monday, January 16 with a private ceremony.