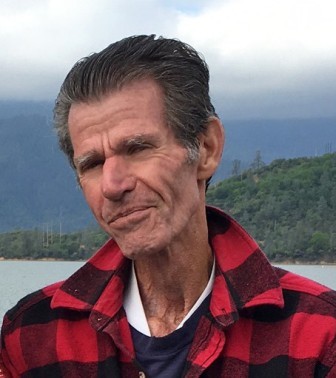 Larry Lewis Gray, a resident of Torrance, California, passed away on Tuesday, April 26, 2016 in Torrance at the age of 67. After surviving two forms of cancer, his body became very weak and ultimately lost a hard fought battle with pneumonia. Larry served in the United States Marine Corps and graduated from the University of Southern California. He lived a full life as a tennis player, mechanic, bowler, race car driver, speed boat racer, and pilot. He was the most passionate about politics, airplanes, golf, and his work. As an Accounting graduate, Larry was extremely good with numbers, but as a Master Bookbinder, he truly was an artist and craftsman. He would create covers, stitch books, and manipulate leather. His most rewarding jobs were usually some of the easiest - restoring old and worn or broken family bibles. He took pride in his work and never cut corners. Larry is survived by his wife Muriel, his son Michael and grandson Nolan. He was preceded in death by his parents Beatrice and Earle Gray. Larry will be laid to rest in Miramar National Cemetery in San Diego. Services will be private. We will miss him dearly. Our hearts are comforted knowing that he is at peace and we will reunite one day. In lieu of flowers, donations may be made to American Cancer Society.