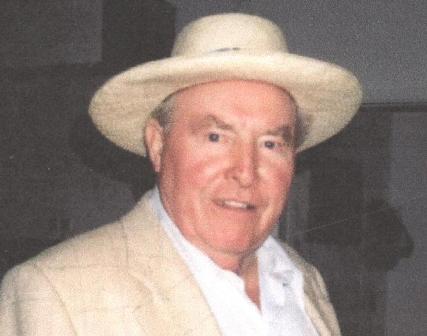 Kurt Ehlers Remembered On May 31, 2013, Kurt Ehlers, loving husband, father, step-father and grandfather (A.K.A Opa) of Redondo Beach, passed away at the age of 91. Kurt was born February 11, 1922 in the port of Kiel, West Germany and was the youngest of 7 children. Kurt earned his Journeyman and Master Skills in Architectural Building at Eckernforde in Schleswig-Holstein and also received additional training at Westerland where he provided goods and services for the German Air Force and Navy. At the onset of WWII, Kurt joined the Luftwaffe where he became a fighter pilot. He was shot down over France in 1944 and sold to French Foreign Legion. Kurt was later rescued by the Americans and spent the next two years in a prisoner of war camp in Tracy, CA. Enduring the effects of WWII was a challenge that Kurt quickly overcame and in 1954 he married Ruth Mertens of Magdeburg, Germany. In June 1955, first daughter, Evelyn Ehlers of San Pedro, CA was born. In 1956, Kurt obtained Sponsorship from the First Lutheran Church in Los Angeles, CA and the couple left their homeland and moved to the United States to live out the American dream. In December 1956, second daughter, Susan Ehlers of Bellflower, CA was born. In 1961 Kurt met his second wife, Gisela (Heidenreich) Merrill of Wiesbaden, Germany. Gisela had 3 children of her own; Pamela (Merrill) Jaeger of Long Beach; Michael Merrill of San Diego, and Maureen (Merrill) Hickson of Lakewood. Kurt and Gisela were married in December of 1962. The Ehlers' family moved to their first home in Carson, CA where they lived until 1970 when they moved to Redondo Beach. The couple just recently celebrated their 50th wedding anniversary! Kurt had a very productive and fulfilling career in the movie industry that lasted for over 25 years. During his career, he advanced to movie Production Set Manager and worked at prominent studios as CBS, DESILU Studios, the independent film studio of Francis Coppola and at Paramount pictures until his retirement in 1984. Kurt is best known for his set work on the TV series "Little House on the Prairie" and "Love American Style" and movies "Rumble Fish" and "The Outsiders". Kurt enjoyed being a part of his children's activities including family vacations and camping trips with the Boy Scouts and Girl Scouts of America. Kurt became a United States citizen and would proudly display the U.S. flag on holidays. During his retirement, Kurt always lent a helping hand at his wife Gisela's import/export business and all of their friends. Kurt and his wife enjoyed many years of traveling abroad and listening to great German Oompah music. He found much joy and excitement for over 45 years as a member of the German South Bay Club at Alpine Village in Torrance, CA. Kurt is also survived by his 5 grandchildren: Darin Jaeger of Lakewood; Joe Buck of Hermosa Beach; Christopher and Sarah Ehlers of Bellflower, and Stephanie Merrill of San Diego. He will be dearly missed by his family and friends. Private service pending.