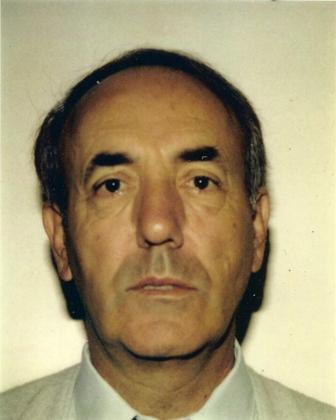 Krste Blace (1932 - 2013) Krste was born June 14, 1932. in Šibenik, Croatia and was a long time resident of Rancho Palos Verdes. He departed peacefully February 5, 2013 in California after he realized he could not win the two-year long battle with cancer. He was a courageous and patient warrior. He never complained and to the last day he kept his hopes alive. Krste grew up in Šibenik on the shores of the Adriatic Sea, which influenced his interests in water sports. Sports were integral part of his life and especially important was the discovery of golf which he embraced passionately throughout his life. He completed general education in Šibenik and earned a Bachelor's Degree in Metallurgical Engineering in Ljubljana, Slovenia. He also earned BSC in Engineering with emphasis in Metallurgy from UCLA. In 1970 when he visited California, he met the love of his life, his wife Mirjana, which inspired him to stay in the US. They spent 42 magic years together – filled with love, respect, hopes and dreams. It was a magnificent journey. For most of his professional life in the US, he worked at Ralph M. Parsons as an engineer, designing heavy mining equipment. He was also involved in special assignments in Santiago, Chile, Mexico City and Kanania, Mexico. He retired in 1993. He enjoyed 20 years of retirement. Along with golfing and traveling with his wife, he also built the house of his dreams in an olive grove, renewed the family vineyard and made his own wine near his birthplace in Croatia. He cruised on the Adriatic Sea and went fishing with his boat. Life was very good and he was hoping for more but it was not meant to be. Life cannot be measured by time and numbers but by the feelings, enthusiasm and joy that are the part of it. He was a proud and loving uncle to Natasha, Sofija, Boris, Mia, Sneana and Ian. They will together with his wife Mirjana, keep a loving and unforgettable memory of the kind, soft spoken, and gentle man. In our hearts, he will live forever! Memorial service will be held at The Wayfarer's Chapel on Saturday, March 2, 2013 at 10:30 am. 5755 Palos Verdes Drive South, Rancho Palos Verdes, CA 90275, tel. (310) 377 1650 Instead of flowers, contributions could be made to The City of Hope (Donate by making a phone call (866) 683-HOPE (4673) or on www.cityofhope.org or by mail at City of Hope, Annual Giving, 1055 Wilshire Blvd. #1200, Los Angeles, CA 90017 or to The Wayfarer's chapel.