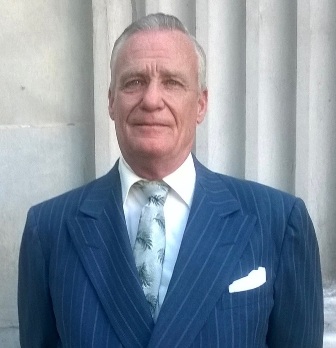 Kevin Patrick McFarland was born on February 26, 1959 to James and Mary McFarland. Kevin was a devoted father to Kevin Matthew, Connor, Hayden, and their dog Max. He married Joy Dyer on July 4, 1996. Kevin was a proud alum of Loyola High School where he played football and is still remembered for his legendary pranks, including removing the bolts from all of the doors in the Administration building. In 1977 Kevin began working for Pacific Telephone/AT&T , and after 36 years of service, retired in 2013. In retirement, Kevin realized his true calling as an actor and began work as an extra, appearing in over 80 television shows. Kevin was a faithful son, and retirement also afforded him the opportunity to spend 2-3 mornings a week with his Breakfast Buddy, his Mom. Kevin enjoyed spending time with his boys, camping at the beach, cooking and hanging out to watch football and Nascar. He was a regular parent volunteer at Wish Charter School in Westchester. Kevin was always there to lend a helping hand when it was needed most, and never more than just a phone call away. He is fondly remembered for his caring nature by those whose lives he touched. Kevin was preceded in death by James McFarland (father), Brian McFarland (brother), BethAnn McFarland (sister-in-law), and Christopher McFarland (nephew). He is survived by his mother Mary McFarland, brother James McFarland, sister Mary McFarland, sister Charlotte (Peter) Baca, sister Kathleen (Mark) Rickerl, and 16 nieces and nephews. Mass to be held at 1:00 PM on Saturday October 7, 2017 at Church of the Visitation, 6561 W. 88th Street, Los Angeles, CA 90045.