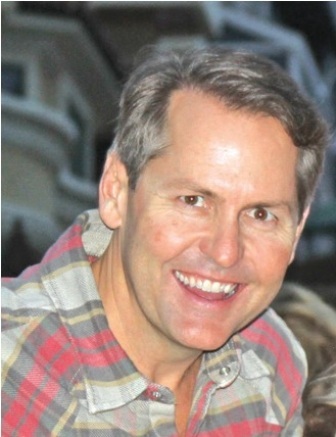 Kent Conrad Kirkpatrick Please join the family in celebrating the life of Kent Conrad Kirkpatrick (1967- 2016) who passed away peacefully, surrounded by his family, on Wednesday, August 31, 2016 at City of Hope, after a two year courageous battle against CNS Lymphoma. Kent was born February 17, 1967 in Long Beach, California in the same hospital as his father (1932) and his grandfather (1900). He was the youngest of three boys born to Robert and Nadine Kirkpatrick, who continue to live in Kent's childhood home in Rolling Hills, California. After graduating from Miraleste High School in 1985 and USC Business School in 1989, Kent joined Allen Cravello and Tim Greaney in the mortgage loan industry. In 1994 they launched American Capital Mortgage from the ping pong table of Kent's first home. They have spent more than 22 years building the business into an industry powerhouse with over 300 employees based in El Segundo. Kent married Bernadette Nieto Kirkpatrick on August 1, 1998 in Santa Barbara, California. He was most proud of his family which includes daughters, Cameron (16) and Ashley (14) and sons, Ben (11) and Colin (11). In addition to being their champion and inspiration, Kent could always be found on the sidelines as a coach or in the stands encouraging their efforts and cheering for their many sports teams. Kent was first and foremost a family man. A devoted father and husband, committed to meet every need and enjoy every moment with his wife, kids, brothers and parents; the notion of family for him extended far beyond the conventional. Kent always sought the higher ground and instilled in his children the same forthright ethical approach to life that he employed in the development of his business, and in the constant and vigilant support of family and friends. His impact, influence and contributions to his fraternity brothers, work partners and associates, and his ongoing philanthropic efforts are innumerable and cannot be conveyed here. All of us fortunate enough to have Kent bless our lives with his presence can share stories of his compassion and endless consideration. All who knew him will quickly speak of his preternatural memory, his ability to recount in remarkable detail the passing moments too many of us take for granted. So fitting that he has bestowed upon us poignant memories to hold for lifetimes. He was an avid sports fan - knew every stat from any LA team, USC most prominently, but the Dodgers, Rams, Lakers not far behind. He cherished time in Lake Arrowhead from early years in his youth and throughout his lifetime with family and friends. He drew from these passions and instilled the appreciation of fairness, competition and of natural beauty in all who bore witness to his enthusiastic embrace of this life. We already miss him so dearly in our daily lives but all of us touched by this remarkable man will never truly be without him. He has indelibly etched upon our souls the grace of his smile, the tenderness in his eyes, the strength of his commitment and the enduring support of his love. Kent was predeceased by grandparents Raymond and Eleanor (Reese) Kirkpatrick and Leroy and Helene (Erck) Camden. In addition to his parents, wife and children, he is survived by his brothers Gregg Kirkpatrick and Grant Kirkpatrick, their spouses Gina and Shaya Kirkpatrick, respectively, and many nieces, nephews, family members, professional associates and a team of incredible friends. A Memorial Mass in honor of Kent will be held on Tuesday, September 13, 2016 at 2:00 p.m. at American Martyrs Church, 624 15th Street, Manhattan Beach, immediately followed by a Celebration of Life at South Coast Botanic Gardens, 26300 Crenshaw Blvd., Palos Verdes. Kent's children request joyful dressy attire in honor of Kent's cheerful disposition and eternal optimism. In lieu of flowers, please consider a gift to the Kirkpatrick Children College Fund established by friends and family to benefit Kent's children. Gifts may be sent to Kirkpatrick Children College Fund, P.O. Box 3613, Manhattan Beach, CA 90266-1613.