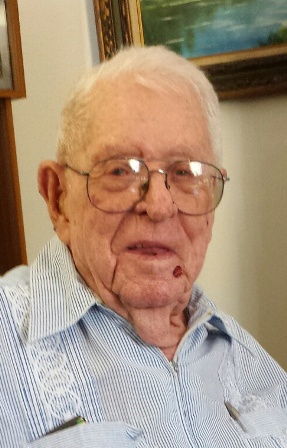 Born in Oklahoma, Ken moved to the west coast after high school and never left - settling in Redondo Beach for almost 50 years. He loved the beach! He was a proud WWII Veteran stationed in Italy and Germany until the end of the war. He retired from Western Airlines and spent his golden years traveling, camping and enjoying life. Widowed at 46, he met and married Phyllis Giba and were together until her death in 1998. Preceded in death by his parents, two brothers, one sister, wives Delford and Phyllis and sons Michael Barton,Ted and Phil Giba. Ken is survived by son Jim (Penny) Giba; daughter Kathy (Bob) McNees; daughters-in-law Lorraine Barton, Barbara and Eileen Giba; ten grandchildren, 13 great-grandchildren and two great-great-granddaughters. Viewing on January 20, 2018 at 10 a.m. with services at 1 p.m. Rice Mortuary, 5310 Torrance Blvd. Torrance. Burial at Rosecrans Military Cemetery in San Diego on January 23 at 1:30 p.m..ï»¿