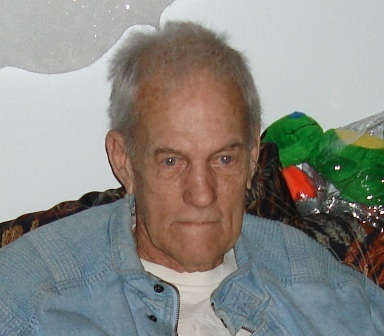 Kenneth Eugene Merrill, a 63 year resident of Redondo Beach, passed away on Tuesday, April 1, 2014 in Redondo Beach. Born in Fort Dodge, Iowa, Kenneth was 88 when he died. He was a member of the 112th Cavalry and the Cement Masons Local 600. Kenneth had served in the United States Army during World War II as a Tech 4. He participated in the Liberation of Philippines, New Guinea and Luzon and was awarded the Philippines Liberation Ribbon with two Bronze Stars. Kenneth coached Little League and enjoyed watching his children and grandchildren play sports. He was a fan of football and baseball. He is survived by sons, John Merrill, Mike Merrill, Rick Merrill, and Stephen Merrill, all of Redondo Beach. He was preceded in death by parents John and Myrtle Merrill and spouse Joann Merrill. The Service will be held at Riverside National Cemetery on Wednesday April 16, 2014 at 1:00 pm. Burial will follow.