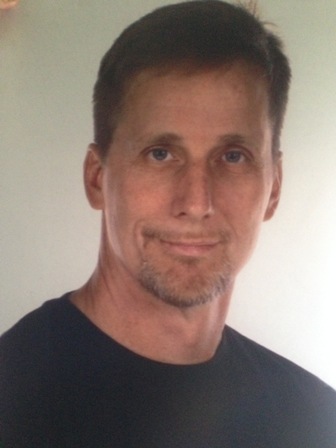 Keith John Dale Oliver, 56, of Torrance, CA passed suddenly and far too young, in his home Thursday morning June 16th. He was born on July 18, 1959 in the Catskill Mountain town he loved so much, Delhi, NY, the son of Ralph William (Bill) and Corinne (Corky) Jeanette Oliver. He is the 4th of their 8 children. He graduated from Delaware Academy of Delhi in 1978, attended the State University of New York at Delhi and Oswego State University where he was an accomplished basketball player. He received his MBA from Redlands University. Keith worked for Boeing over the last two decades where he has left behind many adoring co-workers he came to call friends. Keith left Delhi in 1982 to stay with his brother in Hermosa Beach and quickly laid down roots. He moved to Redondo Beach where he met his amazing wife Lori Lynn Lyle in 1992 and created a dynamic and rewarding life with her. Keith and Lori raised three beautiful and talented children; Bailey Anne, 18, Connor Sinclair, 16 and Paige Guinevere, 11. He loved his children more than most people are loved in a lifetime. He also left behind his deeply cherished nieces, Amanda Oliver-Bragg Rodriguez and Jessica Bragg-Oliver who always had a special corner of his heart. He is also survived by his father Ralph (Bill) Oliver, his mother Corinne (Corky) Oliver and his father-in- law Earl Lyle, his siblings Dennis and Partner Erwin of San Antonio, TX, Brian and wife Yoko of Reno, NV, Kevin and wife Cynthia of Austin, TX, Wayne and wife Debbie of Delhi, NY, Michele Oliver Dunn of The Colony, TX, Michael and wife Susan of Euless, TX. and Jeff and his wife Kate of Auburn, MA. Keith was a proud uncle to 15 nieces and nephews who always looked forward to his high energy visits to family functions and who could always rely on him as the go-to-guy when things needed to get done. Keith made his family and his neighborhood friends his priority in life. He never missed an opportunity to attend a family reunion, wedding or graduation and was instrumental in making all of these events the joyful events they were meant to be. He was the good will ambassador of his Hollywood Riviera neighborhood. He always had his door open, his barbecue lit and a waiting bottle of wine. Everyone was welcome. He was a beloved youth sports coach on all of the teams his children participated on. His positive attitude, competitiveness, and love of sport will have lasting impacts on the 100's of children he coached and mentored. Services will be held at Coast Christian Fellowship, 4000 Pacific Coast Highway in Torrance on Thursday June 23rd, from 1:00-2:00pm followed by a light-fare reception on site. Memorial services will be held in Delhi July 8th at a time and place to be determined.