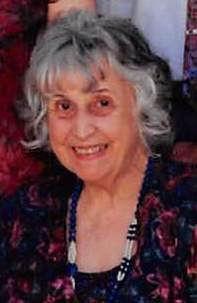 Kathryn Cochanides Stumpus November 12, 1915 - January 12, 2017 Kathryn Cochanides Stumpus was a native of Erie, PA. She was a graduate of Edinboro University. She taught in Pennsylvania for seven years until she married the love of her life, Peter Stumpus, and moved to California. She taught with LAUSD for three years and with BHUSD for 30 years. Kathryn had a special love for children and her profession. She loved people and had a zest for life that kept her forever young. Kathryn's family came first in her life. The widow of Peter Stumpus, she is survived by her two daughters and their families: Joelle, Jim, Peter, Dean, and Phoibe Bardos and Cathy and Louis Constantine, David and Juliette Constantine, and Kathryn and Art Cabrera; as well as her brother-in-law Russ (Elaine), and sisters-in-law Jerry, Betty, and Judy Stumpus and many nieces and nephews. She is predeceased by her sister Frances (James) Economides and brothers-in-law James (Kay), Kelly, Bill, and Art Stumpus. The Trisagion Service will be held at Rice Mortuary on Monday, January 16, 2017 at 6:00 pm. The funeral will be at St. Katherine Greek Orthodox Church on Tuesday, January 17 at 11:00 am with a reception following. Interment will be at Green Hills Memorial Park. In lieu of flowers please send donations to St. Katherine Greek Orthodox Church Building Fund, 722 Knob Hill Ave., Redondo Beach, CA 90277.