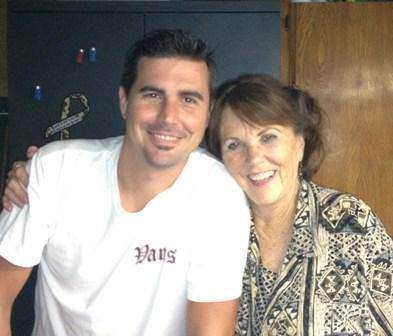 Kathleen (Albert) Cushler July 23, 1952 – August 9, 2012 Kathy was born in Denison, Iowa. Her family moved to California when she was about 2. She was a 58 year resident of Torrance, which became her lifelong home. Kathy attended both St. Catherine Laboure Catholic Elementary School and North High School. She then enrolled at SCROC where she trained as a dental assistant and began working for Dr. Groves for the next 13 years. Kathy also worked for Douglas Aircraft and Toyota. The last few years of her life was spent as a caregiver. Kathy was always a very organized and hard worker. She went on to battle both breast and spinal cancer, of which she was given a 40% chance to live for a year. But her love for her two children, Angie and Eddie gave Kathy the strength and determination to fight hard and battle through, and she beat the odds. Years later, Kathy would suffer from heart problems as a result of her cancer treatments and had two heart attacks, but that wasn't going to stop her either. Kathy loved her family and her friends fiercely and they loved her back in the exact same fashion. From the second you met Kathy, you immediately felt like she had been your friend for years. She always asked questions and made you feel like she was interested in every single thing about you, and she was. She had more good qualities than could ever possibly be written down. Kathy was always smiling and had a laugh that was completely infectious, and that laugh is just one of the dozens of things about her that will leave a permanent void in the lives of all those who she left behind. Kathy died unexpectedly after making it through a surgery to correct a neck problem that was causing her to live in constant pain; a pain that she endured daily, but never, ever complained about. Complaining was just not something that she did. Kathy was a warrior who always suffered in silence and just carried on, because nothing was going to keep her from soaking up every moment with the family she adored and the friends that she cherished. Just days before her surgery, Kathy took her yearly trip to the Kern River, and although she was nervous about her impending surgery, she had the greatest time ever, and these are memories that her family and friends who were fortunate enough to spend this time with her, will hold in our hearts until we get to be with her again. Kathy is survived by her mother, Charlotte Albert, her two children, Angela and Eddie Cushler and their father (Ray), her sisters, Connie (Clyde) Butterfield and Trisha (Jerry) Hollerup, and her brother Bill Albert. Kathy was preceded in death by her father Eddie Albert and her brother Johnny. She also leaves behind numerous nieces and nephews who are broken hearted over the loss of their favorite aunt, as well as her three-legged best friend, Jake. Services for Kathy will be celebrated at St. James Catholic Church in Redondo Beach on Friday, August 17, 2012 at 10am. In lieu of flowers, donations can be made to any dog rescue or the Humane Society.