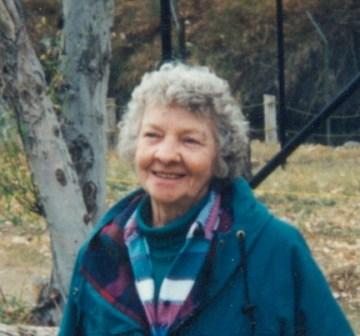 Kathleen McAllister Baldwin passed away peacefully at home Friday, October 26, 2012. She and her twin sister Eileen, were born on September 20, 1916 in Salt Lake City, Utah, the youngest of eight children born to Edward McAllister and Gertrude O'Connell McAllister. In 1922, the family moved to Redondo Beach where they built "The Knob Hill House", the family gathering place to this day. In 1944, Kathleen married James Ivan Baldwin and together they raised five children in Manhattan Beach. Upon Jim's death in 1985, Kathleen moved back to the house in Redondo to live with her sisters. In addition to her husband, parents and siblings, Kathleen was preceded in death by her oldest daughter Mary Jane Baldwin Drescher. She is survived by children Robert Edward Baldwin of Redondo Beach; Patricia Eileen Spangler of Palmetto, FL; William James Baldwin of Anaheim, CA; and daughter, Barbara Hargett of San Pedro, CA; six grandchildren, five great grandchildren and numerous nieces and nephews. Visitation will be held at Rice Mortuary in Torrance on Tuesday, October 30, 2012 from 4 until 8pm. Funeral Mass will be held on Wednesday, October 31, 2012 at 10AM at St. Lawrence Martyr Church, Redondo Beach with committal in Holy Cross Cemetery, Culver City, CA. In lieu of flowers, Please make a donation to the homeless shelter of your choice.