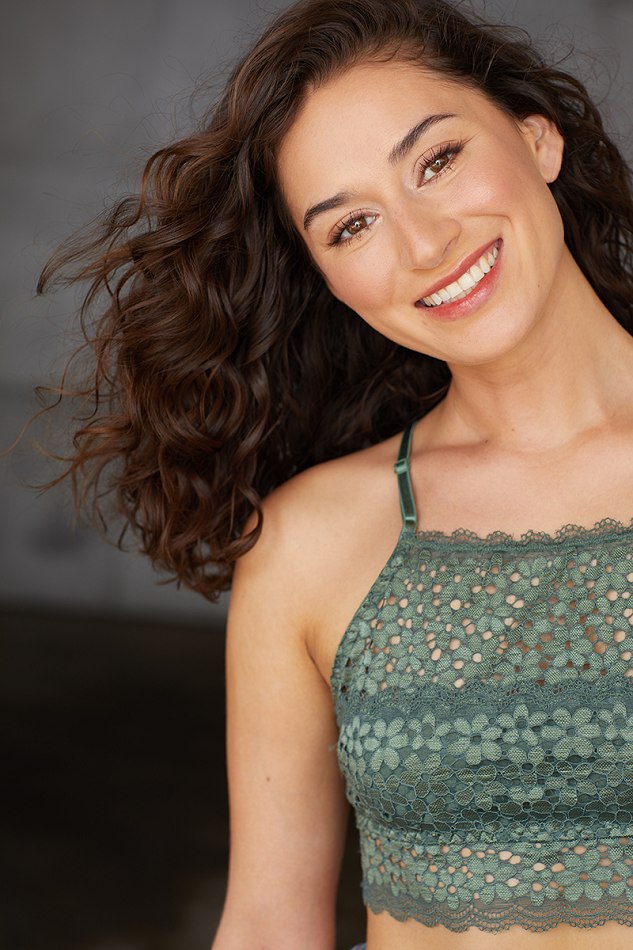 Katherine Glah-Maya, 27 years old of Los Angeles California, passed away on Wednesday September 1, 2021 in the Los Angeles Forest at the summit of Trail Canyon Trailhead in Tujunga, California.

She was born March 25, 1994 in West Chester, PA and was the daughter of Blanca Maya-Glah.

Katherine grew up in West Chester and graduated from Rustin High School and the American Musical and Dramatic Academy with a Bachelor of Fine Arts in Acting. Katherine always had a love for the arts. During her high school years she dove head first into the performance world and landed herself smack dab center stage. She starred in Les Mis as Eponine, Beauty and the beast as Babette , and her favorite role, Dorothy in the Wizard of Oz. Later she headlined as Belle in Beauty and the Beast at the famous Orpheum Theater in Downtown Los Angeles, as the Princess Elena of Avalor at Disneyland Park in California, as well as many national commercials. She was also known for her roles in Apart (2018), Mr.Rogers (2019) and It’s a Beach Thing (2018). Her life included singing, acting, dancing, voice-over, yoga, hiking, blogging, reading, writing, cooking, and spending time with her millions of friends.

Katherine’s passion was acting. Her work in Hollywood as an Actress in television, film, musical theatre, voice-overs and commercials spanned over seven years. Katherine’s manager and agents were always impressed with the dedication and work ethic she put towards her craft. Everyone who met her commented on her incredible positive energy, and that she shined in her auditions and performances, clearly showing how much she loved what she did.

She was a member of the Actor’s Equity Association. She belonged to the Blessed Sacrament Catholic Church.

She was a typical health nut and had a passion for cruelty-free products, always trying to make more sustainable life choices in the world. She loved food, especially adventurous cooking, brunching, ice cream, pickles, vegan peanut butter milkshakes, and enfrijoladas. She enjoyed dancing the Bachata, animation films, fashion, musicals, traveling, going to the beach, road trips, bonfires and going to the desert. She also loved French Bulldogs, a.k.a. “Frenchies.” She was obsessed with Winnie the Pooh. She had the blanket, the pillow-pet, the candle, the salt and pepper shakers, and of course, the honey pot plug-in night light.

One of Katherine’s greatest gifts was her ability to bring joy and light to any situation she found herself in. She frequently broke out unprompted into song, regardless of what was going on around her. She made the people around her feel cherished and special. She was resilient, warm, brilliant and capable. She was a devoted daughter, sister and aunt, and a fiercely loyal friend.

In addition to her mother, Katherine is survived by her siblings, Yuridia Thomas, Elizabeth Maya, and Zachary Maya, and her nieces and nephews, Evan Thomas II, Carmen Thomas, Sarina Thomas, and Dorian Thomas, as well as her grandparents and many beloved aunts, uncles and cousins.

Relatives and Friends are invited to Katherine’s viewing on Tuesday, September 14th at The White and Day Center at 1pm: 901 Torrance Blvd. Redondo Beach, CA 90277, followed by her Memorial Service starting at 3pm. Then Sunday, September 26th there will be a visitation at The Desmond Hotel at 1pm: 1 Liberty Blvd, Malvern, PA 19355, followed by her Memorial Service starting at 3pm. Interment will be private. Since Katherine was the human form of a rainbow, we request that everyone wear colorful clothes. Black is also acceptable if preferred.

In lieu of flowers, contributions may be made to the Go FundMe https://gofund.me/bcd96284