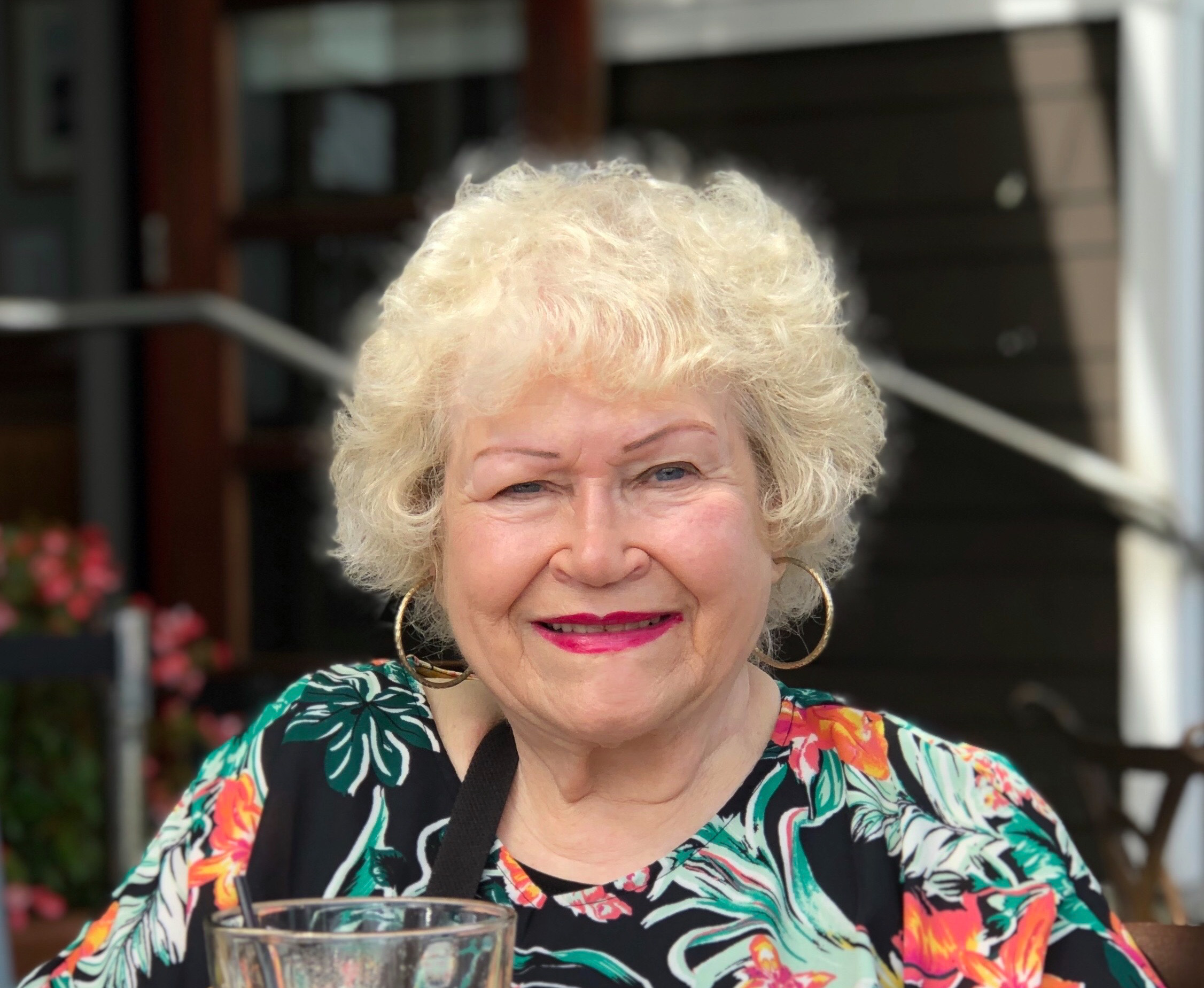 On Monday, August 31, 2020, Katherine “Queenie” May Weiler (Danylyk), loving wife, mother of 4, and grandmother of 5, passed away at age 83 at her home in Redondo Beach, California.

Queenie was born on November 28, 1936 to Frank and Anne (Wasko) Danylyk in Cleveland, Ohio.  In 1954, she graduated Valedictorian from Lincoln High School in Cleveland, and received the prestigious Bausch & Lomb Honorary Science Award, as well as the French Medal of Honor for Foreign Lanuage.  With passions for science and caring for others, she earned her registered nursing degree in 1976 from Cuyahoga Community College, in Parma, Ohio.  She graduated at the top of her nursing class.  In 1980, Queenie traveled to Russia on a nursing study tour.  She worked as an RN at several hospitals in the Greater Cleveland area before moving to Southern California to continue her nursing career.

In Redondo Beach, California, Queenie met Rick Weiler.  They spent many evenings walking on the beach and dining at the Redondo Beach Pier.  During their first kiss, an earthquake rocked Southern California.  On August 20, 1989, they were married at Wayfarers Chapel in Palos Verdes.  Throughout their 31 year marriage, whenever there was an earthquake, Queenie and Rick would stop what they were doing and share a kiss, in memory of that time they “moved the earth” with a kiss!

Queenie loved mysteries.  From novels to TV shows, she enjoyed solving mysteries alongside her favorite fictional detectives – Nero Wolfe, Hercule Poirot, Miss Marple, Morse, and the like – in mystery series and stories from all over the world.  She also enjoyed solving puzzles, like Sudoku, crosswords, word finds, and more.

Orchids were her favorite flowers and she owned many varieties.  She skillfully tended each plant to bloom.  She loved that orchids played a significant role in the Nero Wolfe mysteries, as the detective tended his collection of 10,000 orchids in a heated greenhouse on the top floor of his NYC brownstone.

Near and dear to Queenie’s heart was her daughter Laura’s rescued cat, Ralphie.  She visited him nearly every day.  Ralphie adored her and looked forward to her daily visits.  At the sound of her voice, he would run out to greet her and tap her on the leg with his paw to let her know when it was time to play.  They would then engage in a very detailed and structured play routine, designed by Ralphie himself!  She ended each visit with a serenade of Phoebe’s “Soft Kitty, Warm Kitty” ballad.

Most important to Queenie was her faith in God and her love for Jesus.  She made Jesus the Lord of her life at the age of 17, taught Sunday school, sang in Billy Graham’s Cleveland Crusade Choir, and loved to attend Kathryn Kuhlman revival meetings.  “In the Garden” was her favorite hymn because Queenie felt it best described her intimate walk with Jesus.  Deuteronomy chapter 6 was one of her favorite scriptures, and she held fast to the promises found there of her Heavenly Father’s immeasurable goodness and His endless delight in taking care of His children.  For certain, Queenie was one of God’s “Treasured Ones.”  We take comfort in knowing that someday we will be reunited with her in Heaven.  With great confidence, we know she is leaning over Heaven’s railing, cheering us on!

Queenie was preceded in death by her parents, Frank and Anne.  She is survived by her 4 children – David Siple, Jr. and his wife Rose; Katherine and her husband Roger Kody and their 2 sons Greg and Frank; Laura Sands and her cat Ralphie; Victoria Unnasch and her 3 daughters Anna, Olivia and Emily.

She is also survived by her sisters Dorothy and Geraldine, and brother John; her aunt Stephanie; as well as many cousins, nieces, and nephews.

As no viewing or service is planned due to current state restrictions, a gathering will be announced for summer 2021 in Redondo Beach, to celebrate and remember Queenie.  For those wishing to join us, specific details regarding time and location will be announced later.

In lieu of flowers, kindly donate to your local cat rescue and adoption center to honor Queenie’s love for cats.

Thank you to all our family and friends for the outpouring of love and support during this time of sorrow.  Our hearts are with you.  Queenie was deeply loved, and her “light” will be missed by all.

We love you, Mom!