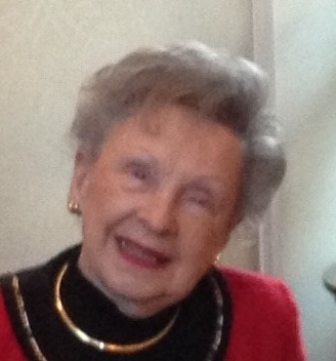 Katherine Martin Christman Katherine Martin Christman was born on February 24, 1923 in Charleston, South Carolina and raised there until she met her husband to be Thomas Jackson Christman. She enjoyed 57 years of marriage which resulted in assignments all over the continental United States. She never returned to Charleston, S.C. except to visit but thrived in meeting the challenge of being a Naval Officer's wife. She supported her husband's career, by giving him morale support and entertaining in his behalf. She also provided and enjoyed receiving support from her fellow Navy wives. With Jack she raised three fine children, Tom, who recently retired as Director of Employee Development for the National Labor Relations Board, Patty who retired as a Public Health Nurse Manager with Contra Costa County, and Sue who serves as a nurse practitioner with Appalachian State University in Boone, North Carolina. After Dad's retirement from the Navy, she and he moved to Palos Verdes Estates where he worked for TRW. They enjoyed playing golf at the Palos Verdes Golf Club, their dancing club, and their many friends in the area. Three years after Jack died she established a new home in the Canterbury Retirement Community where she welcomed and introduced new residents as Chair of the Hospitality Committee and thoroughly enjoyed the Canterbury's many activities and special events. She is survived by her children, Tom Christman, Patty Christman, and Sue Sweeting, her grandchildren Megan and Spencer Sweeting, Sidney and Cecilia Christman, and Dex her new great grandson. A memorial service and reception in her honor will be held Friday, August 7 at 2:00 p.m. at St. Francis Episcopal Church at 2200 Via Rosa, Palos Verdes Estates California 90274.