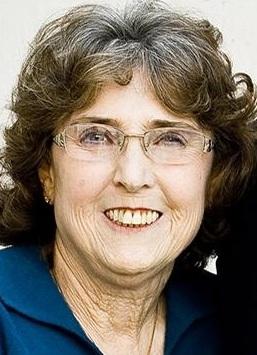 Karren Dufur Davis, a 40 year resident of Manhattan Beach, passed away on Monday, November 12, 2012. Born in Durango, CO, Karren was 65 when she died of complications of scleroderma and lung cancer. Karren is survived by Bob, her husband of 42 years; her mother Geraldine Saiz of Cheyenne, OK; brother Tom Dufur of Gardena, CA; son, Tyler Davis of El Segundo, CA; daughter Deidra (son-in-law Khoa) Tran of Manhattan Beach, CA; and daughter Kristen (Caleb) Cole of Austin, TX. She has three grandchildren, Riley, Karra and Sienna. She was preceded in death by her father Thomas Henry Dufur Jr. and infant daughter Karra. Karren graduated from the University of New Mexico with a degree in journalism and teaching. Moving to Newport Beach after college, she spent her career as a cable television executive, retiring as vice president of National TV Cable Corporation headquartered in Beverly Hills. The joy of Karren's life was her family and in particular, her children. As such she was active in their lives: she was PTA president in elementary school, Manhattan Beach Middle School and Mira Costa High School. Karren was an active member of the Manhattan Beach Badminton Club where she chaired the Wine Tasting and White Elephant Sale fund raiser for 12 years. She was conferred the honor of Honorary Member. Karren had many hobbies and interests: she created beautiful greeting cards and hand bound books; she collected dishes and salt cellars; she was an ardent University of Texas supporter; headed her women's circle at Manhattan Beach Community Church; she took joy in the dachshunds she owned since she first married. Karren joined the Church of Jesus Christ of Latter Day Saints in 2010 and it became a major focal point of her life and faith. The Memorial service will be held at LDS Knob Hill on Saturday, November 17, 2012 at 11:00 am. Burial will be at Green Hills Memorial Park in Rancho Palos Verdes. In lieu of flowers, donations may be made to the City of Hope in Duarte, CA.