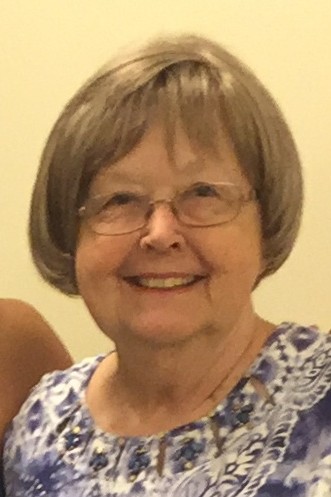 Karen Kay Trivedi, daughter of the late Herbert and Doris Nelson, was born in a leap year, February 29, 1944, in Long Beach, California, and passed away after a courageous 18-month battle with adrenal cancer, Saturday, September 1, 2018, in Los Angeles, California. Karen was raised in Glendive, Montana, where she was a high-achieving student and a talented musician, qualities which won her a scholarship to college. The first in her family to attend college, Karen matriculated at Montana State University in Bozeman in the fall of 1962. It was there, in her first year, that she met her future husband, Navin Trivedi of Bombay, India. They were married the following Thanksgiving day, November 28, 1963. Although they began their nearly 55-year marriage in Torrance, California, most of their lives were spent in Rancho Palos Verdes. Karen became a mother on March 18, 1968, with the birth of Lisa, and again on January 6, 1972, with the birth of Sara. Through marriage, Karen gained a large, extended Indian family, which she embraced with enthusiasm. She became a sister to Navin’s two surviving brothers and four sisters and their spouses. Together, Karen and Navin sponsored many members of the family to immigrate to the United States, welcoming them into their home as they faced the challenge of finding their footing in a new society. Her unfailing commitment to her family was undoubtedly one of her greatest achievements. Karen returned to her own educational and professional goals while her children were still young. She became a certified x-ray technologist and completed a B.S. at California State University at Dominguez Hills in 1984. Very shortly thereafter, she led the lab for non-invasive vascular testing at Harbor-UCLA Medical Center while pursuing a Master’s degree in Hospital Administration at her alma mater. She was appointed Director of one of the earliest MRI facilities in Los Angeles county and served as the Director of the School for Radiologic Technology at Harbor-UCLA until her retirement in 2002. Karen continued to teach as an adjunct professor at Cal State Dominguez Hills through the spring of 2018. Throughout her life, Karen was an avid reader, frequently found with her nose in a book. She remained a music enthusiast her entire life, enjoying all kinds from classical to rock (no country western, please!) Karen was also the force behind regular, large family gatherings, including Thanksgiving and Christmas, held most years at her home and made memorable by her selection of pies. After her retirement, Karen grew from a skilled seamstress to an extraordinary quilter, providing many of her nieces and nephews with wedding quilts. She also devoted significant time to the work of the San Pedro-South Bay Chapter of the Assistance League, which she served in various leadership capacities, including as Membership Chair and President. Karen faced her 2017 terminal adrenal cancer diagnosis with remarkable courage. Even under the most difficult circumstances, she did not complain and maintained a positive determination to live as much as she could. She enjoyed a wonderful Christmas in Hawaii and ten days in Mexico, as well as visits from friends and family who lifted her spirits. In this last year and a half, Karen found particular joy watching Jack in musical theatre and Anita in ballet, as well as Dylan in baseball and Neil as he fished for trout. Karen's strength and independence remained intact until she decided it was time to leave this life. While physically she is gone from her family and friends, her generous spirit and can-do attitude remains as an example for all those who knew her. Karen is survived by her loving husband, Navin, her children Lisa Trivedi and Kevin Grant of New Hartford, New York, Sara Trivedi and Daniel Siegel of Redondo Beach, and her grandchildren, Jack, Anita, Neil, and Dylan, as well as a large extended family who reside across California and in India. A celebration of life will be held in Karen’s honor at St. Peter’s By the Sea, Presbyterian Church, 6410 Palos Verdes Drive South, Rancho Palos Verdes, California, on Monday, October 8, 2018, at 1pm. In lieu of flowers, donations in her memory may be made to the Sarvodaya Saraswati Mandir, Babapur. Tax deductible donations should be made payable to: ROADDS Foundation-EIN 61-1804376. Donations will be collected at the celebration of life service, but may also be mailed care of Nanda Purohit, 40525 La Purissima Way, Freemont, CA 94539.