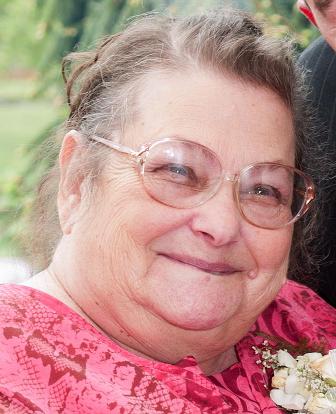 Karen Ann Shafer (Slakter) was born on September 20, 1941 in Brooklyn NY. At the age of 4 her family moved to California via the train. On the train were US Soldiers traveling back to their homes. Karen not only shared her candy with them but shared the love of the USA. Karen graduated Morningside High School, Los Angeles in 1958. She soon after married Raymond L. Shafer. A year later she gave birth to Raymond Jr. and a month before her 21st birthday gave birth to Simi and two years later her third child Deborah was born. As her children began school, Karen became involved in school activities, she took turns being room mother and joined the school PTA. Karen helped organize the school carnivals, Saturday movie shows and also volunteered to watch the students during recess. She became a Den Mother for her son and a Girl Scouts leader for her daughters. With her children becoming older, Karen began to sub for the school district, this time getting paid to do what she was already doing. In the 80's she became a permanent fixture at Leuzinger High School where her job was to handle the books being given out to the teachers. It didn't take long before she began working in the health office. In 2005, Karen retired at the age of 63. All of her hard work had paid off and she could finally relax and enjoy her love of Disney even more. Disney was very near and dear to Karen. She brought her children, grandchildren and even great grandchildren to the theme parks and on Disney cruises. Karen was always so proud of how Disney treated its customers. Any time someone has a bad experience elsewhere she would say "that would never have happened at Disney"! Karen is survived by many close friends and her three children, four grandchildren and one great grandchild along with her extended family of one daughter, four grandchildren and two great grandchildren. Raymond Shafer, Jr. from San Bernardino and his three sons Brian, Caleb and Tyler. Simi Shafer and partner Gilberto Rodriguez from Reseda, her two children Kala and Joshua and her grandchild Alexander. Deborah Korncavage and husband David from West Hartford Connecticut and their three children, Tina and her husband Jason Mitchell, Rose Korncavage and her partner Eddy Marchion and Nicole Fortier and her partner Chris McCormack. Nachelle Robinson from Hawthorne and her four children Ashley, Trisha, Marquise and Niah and grandchildren Sammy and Jordyn. Karen enjoyed her 71st birthday with her family and friends surrounded around her in the hospital. She had a great day filled with food, friends and loved ones. Karen's battle with brain cancer ended Sept 26th at 6:29pm. She is now at peace and joins her brother Melvin in Heaven. Memorial service will be held at McCormick Mortuary, Inglewood on Saturday October 6th at 11:00am.