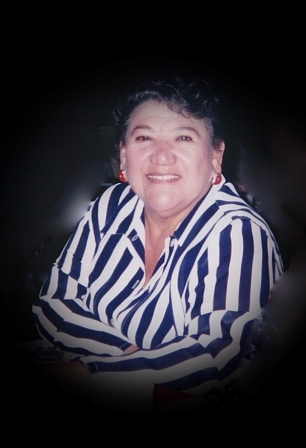 Juventina Salas Suarez, age 75, born December 7, 1938, passed away Thursday, February 13, 2014 after a long battle with ALS (Lou Gehrig's Disease). Devoted mother, Tina is survived by her son George; daughter Maria; grandchildren Vanessa, Anthony, Jessica, Cassandra and Carisa, and nine great-grandchildren with one more due in April. In addition, Tina was sibling to ten family members, of which she is survived by Gloria, Maria Elena, Victor, Josie, Rudy, Yolanda and Marta. Tina, a longtime resident of Hawthorne, California retired from the Hawthorne Police Department after 41 years of service. Secretary to many Chiefs and Captains, she began her working career by way of the United States Information Services American Embassy in Bolivia. Tina had many passions including antiques. She was an antique dealer in many antique malls and swap meets in the Los Angeles area. This was supported by 30+ years of wood refinishing class at Hamilton Adult School in Torrance and countless estate and garage sales. Here she met and made many more long lasting friendships. She also enjoyed cooking, traveling, gardening and so much more but no one could give her more joy than her grandchildren and great-grandchildren. The relationships she made throughout her years were true to her and you knew it. She was a genuine human being and will be missed immensely. Memorial Services will be February 22, 2014 at 2pm St. Catherine Laboure Church Torrance, CA with reception immediately following at Rice Mortuary also in Torrance, CA. Donations may be made to: The ALS Association Golden West Chapter P O Box 565 Agoura Hills, CA 91376 REFERENCE: IN MEMORY OF TINA SUAREZ FOR RESEARCH ONLY http://web.alsa.org/site/TR/PersonalFund/GoldenWest?px=3538842&pg=personal&fr_id=10039