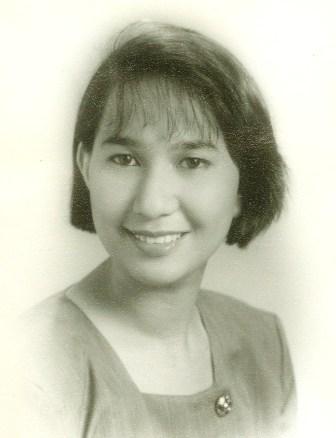 Juneleen was born on the same day as Mama Mary, September 8, 1972 in Manila, Philippines to Isidro Arenas Jr. and Elena Camua. She went to Centro Escolar University and St. Joseph College for her primary education, St. Paul University Quezon City for her secondary education, and obtained her B.S. Psychology degree from Philippine Women's University where she was a scholar and graduated as Batch 1993's Valedictorian and bestowed the honor Magna Cum Laude. She went on to be a candidate of Master of Arts in Psychology at the University of Santo Tomas. She worked as a testing officer and primary teacher at Paref Woodrose Inc. and also served as a guidance counselor for San Beda College-Alabang and for the College of Rehabilitian Sciences and College of Medicine at the University of Santo Tomas. In 2007, she immigrated to the United States and married Lawrence Gallana. She worked at Katy Geissert Library in Torrance, California and at Belltech in Houston, Texas. Juneleen went back to the loving arms of her creator on November 8, 2012. She is preceded in death by her parents, brother's Judelex and Gil. She is survived by her husband Lawrence, sister's Maripi and Jhoanna, brother's Henry and Jhovanni, uncles, aunts, cousins, nephews and nieces.