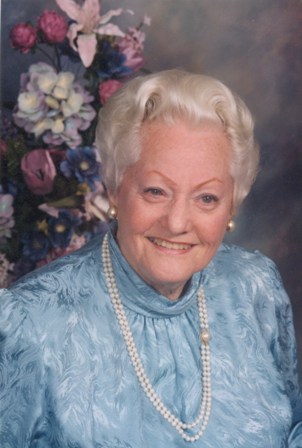 DR. JUNE CULLER MALONE June Culler Malone, 95, passed away on May 7, 2012. She was born July 18, 1916 to George and Bessie Mae Culler in Los Angeles, California. She was raised with a brother, William (Bill) who was five years younger. She married Herbert F. Malone in April, 1939. June loved learning, so went back to college after having three children; Judi, Joan, and Herb. She received her Bachelors' Degree and Masters' Degree from Cal State University, Los Angeles. After receiving her teaching credential, she taught in the Los Angeles Unified School District for ten years. Again, she went back to school to get her doctorate. In 1979, she earned her PhD in Education. She had already been promoted to Vice-Principal and then to Principal from which she retired in 1983.June was active in the start of a new bank in 1984 with eight others. She was on their Board of Directors until she retired in the late 1990's. Her hobbies were traveling, golf, and shopping. But, her greatest joy was spending time with her grandchildren and one great-grandson. She was pre-deceased by her husband, Herbert. She is survived by her 3 children; Judith Carl, Joan Snyder (Wade), and Herbert Malone (Nancy), her 3 grandchildren and 1 great-grandson. Funeral services will be Tues., May 15, 2012 at White and Day Colonial Mortuary located at 901 Torrance Blvd., Redondo Beach at 11:30 AM. In lieu of flowers, please make a donation to the charity of your choice or June's favorite charity, The Salvation Army.